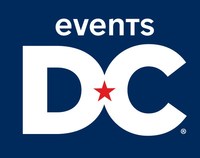 Washington, DC has been named one of 32 North America finalists that could serve as an Official Host City for the 2026 FIFA WORLD CUP™. The 32 potential host cities include four cities in Canada, three in Mexico and 25 cities in the United States. Currently, if Washington, DC was selected, FedEx Field is the bid’s proposed host venue.

“It would be an honor and our pleasure to welcome the 2026 FIFA WORLD CUP™ to Washington, DC. From the many museums and monuments that tell the story of our country’s history to our thriving local neighborhoods that reflect the culture, diversity, and vibrancy of our residents, we are well-suited to provide a world-class experience to soccer fans from around the world. An extraordinary event like the World Cup deserves an extraordinary host, and we look forward to working to bring the 2026 FIFA WORLD CUP™ to Washington, DC.”

“On behalf of the official convention and sports authority for the District of Columbia, Events DC is honored for Washington, DC to have been selected as one of the top U.S. bid finalists for the 2026 FIFA WORLD CUP™,” said Gregory A. O’Dell, Events DC president and CEO. “Washington, DC is etched with rich soccer memories and celebrations from across the city whether at the iconic RFK Stadium to FedEx Field.  The opportunity to be selected will only build on the legacy that DC has cemented as an international soccer city and will inspire the next generation of Washingtonians for years to come.  We look forward to continuing to support our quest to host the 2026 FIFA WORLD CUP™ in Washington, DC and strengthening our ongoing relationship with FIFA.”

Held every four years, the FIFA WORLD CUP™ is a celebration of international soccer, its rich history and diverse culture.  If selected, DC is projected to have an economic impact of approximately $600 million generated by the FIFA WORLD CUP™. The 2026 FIFA WORLD CUP™ would also bring in thousands of competitors and spectators to the city.

“Hosting the World Cup in Washington, DC could provide an economic impact of up to $600 million,” said Elliott L. Ferguson, II, president and CEO, Destination DC. “Washington, DC is a destination for sports fans, with incredible professional teams as well as special events. In 2018, we’ll host MLB All-Star Week and DC is currently a finalist to host the Gay Games 2022. We’re thrilled to potentially add the World Cup to our lineup and welcome soccer fans from around the globe.”

During the next stage of the bid process, the United Bid Committee will integrate the 32 potential host cities into the united bid strategy and vision, as well as work with local officials to finalize the hosting documents required by FIFA. Representatives from the 32 potential host cities will travel to Houston, TX during the week of November 13th for a working session with the United Bid Committee team.

“As we move to the next stage of the bid process, we’re even more confident we have everything needed to deliver the largest, most compelling FIFA World Cup™ in history and help accelerate the growth of soccer across North America and around the world,” said United Bid Chairman Sunil Gulati. “We have more than double the number of cities required to stage matches in 2026. We have a vision for growing the game and engaging fans as never before. Our biggest challenge will be finding ways to honor the enthusiasm of all the people across Canada, Mexico and the United States through the development of our united hosting concept.”

The next FIFA WORLD CUP™ will take place in Russia in 2018.