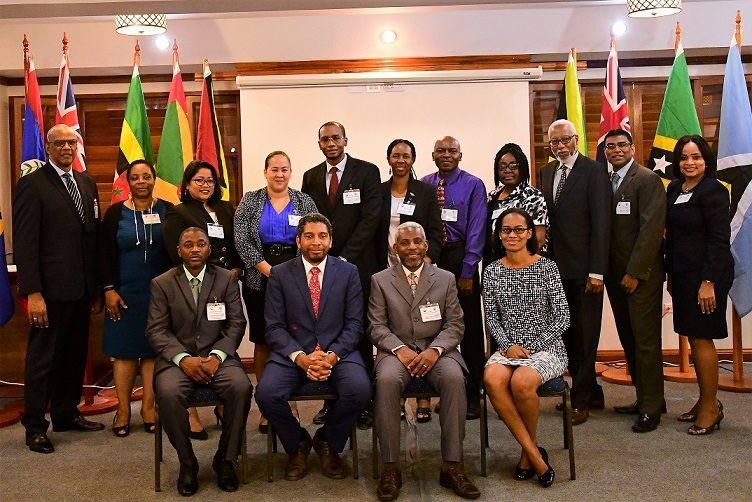 The Caribbean is still struggling to get on the road to 21st Century Government i.e. citizen centric, seamless Government powered by information and communications technology (ICT). While many other countries have successfully implemented e-Government and indeed are now enhancing their models adopted even before the dawn of the 21st Century, most of the Caribbean is still contemplating transitioning to e-government services.

When viewed as a collective, most regional governments continue to operate in silos within individual ministries, as well as nationally. To catch up with the rest of the world and compete globally, the Caribbean must work, not as individual states, but as a collective front. Even though many countries in the region are at varying stages of technological advancement, more can be done to find solutions to the issues that are plaguing us and to support each other in the thrust to implementing streamlined e-Government services.

During his keynote address at the 36th Executive Council Meeting, Hon. Camillo Gonzalves, Minister of Finance, Economic Planning, Sustainable Development and Information Technology, St. Vincent and the Grenadines, emphasised that this meeting is the platform to formulate a regional strategy that would propel the region to achieving 21st Century Government status.

He stated, “A feasible, a workable, an effective and realistic policy that can bind all of our efforts together and take us forward is very important. This particular meeting, coming on the heels of the recent Summit in Antigua and Barbuda, where Prime Minister Keith Mitchell of Grenada laid out a visionary roadmap for ICT and governance and coming a year after CARICOM’s declaration on the Single ICT Space, is supposed to be the nuts and bolts meeting where we don’t do as much of the grand vision working, which has already been done, but where we put some structure around that vision and let’s see how we can go forward.”

Delivering his opening remarks on behalf of Secretary General Bernadette Lewis, Mr. Nigel Cassimire, Ag. Secretary General of the Caribbean Telecommunications Union, indicated, “For 2018, the CTU’s focus is on 21st Century Government that is driven by information and communication technology (ICT). Technology will facilitate reengineering of Government’s systems and procedures that have been in place for many, many years. Given what technology enables us to do nowadays, it is time for us to grasp the opportunity to make our government services more citizen centric and seamless and not operate in silos.”

Led by CTU’s ICT Consultant, Gary Kalloo, and Ernst and Young’s Executive Director and Caribbean Lead, Government and Public Sector, Devindra Ramnarine, this interactive, informative and educative Workshop dealt with five critical aspects: creating the enabling environment, building the infrastructure, digitizing the landscape, protecting the future and financing the vision. Status data for the five components had been obtained by information gathered through a questionnaire previously distributed to technocrats and government representatives in St. Vincent and the Grenadines. The workshop served to validate this information vis-a-vis the collective view of workshop participants to identify gaps in these areas and enable an assessment of the current state of 21st Century Government locally.