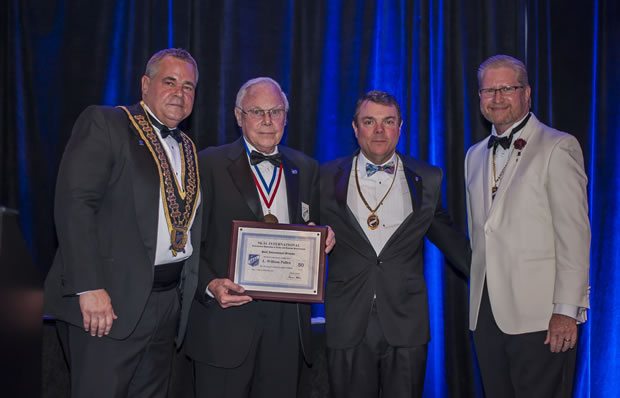 Ranked as the second largest Skal Club in the United States and among the top 10 in the world, Skal International Orlando recently held its “Members of Distinction” Gala at the Hard Rock Hotel Orlando honoring 29 outstanding members for their many years of service and membership.

“I am extremely proud of these fine men and women in our travel, tourism and hospitality industry for their service and loyalty to Skal,” remarked John Stine, President of Skal International Orlando.  “It’s incredible to see 15, 20, 25, 30, 34, 36, 46 and 50 years of service among those we have recognized as our Members of Distinction.  What’s also amazing is that collectively, they have given 688 years of their lives not just to our Skal Club in Orlando, but to the entire Skal organization in the U.S. and globally.

Those recognized as Skal Orlando Members of Distinction include:

Skal is the only international organization bringing together sectors of the travel and tourism industry while networking, conducting business and helping communities locally, nationally and internationally.