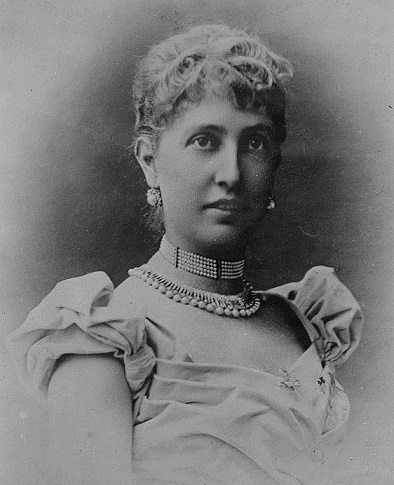 A beautiful heiress born in New Orleans’ French Quarter in 1857 who married the Sovereign of Monaco, Prince Albert I, will be remembered next month when the Principality’s current Sovereign, His Serene Highness Prince Albert II of Monaco, visits the Big Easy to unveil a plaque at the site of her birthplace – appropriately, on Royal Street.

The announcement of Prince Albert’s upcoming visit was made today by Monaco’s Ambassador to the United States, Maguy Maccario Doyle, as she detailed Monaco Takes New Orleans, a week-long series of events now underway through February 25 to mark the deep ties between the Principality and New Orleans, and as a 300th birthday “gift” to the city.

“To celebrate our historic and cultural bonds on this momentous anniversary, I am delighted to announce that our Sovereign, His Serene Highness Prince Albert ll of Monaco, will be coming next month to New Orleans to unveil a plaque commemorating the birthplace of Alice, Princess of Monaco, who was the wife his great-great-grandfather, Prince Albert I,” said Maccario Doyle.

“In preparation for this official visit, we will showcase (through February 25) the artistic and cultural heritage of Monaco as well as its culinary flavors, and I’m delighted to welcome back, for the first time in a decade, the talented troupe of Les Ballets de Monte Carlo. It’s an extra special honour for Monaco to be one of the first countries to pay tribute to the enduring appeal of the Crescent City on its 300th birthday,” she said.

“We are thrilled to have the Principality of Monaco participating in the New Orleans Tricentennial,” said New Orleans Mayor Mitchell Landrieu. “As we celebrate 300 years of New Orleans, we will be remembering the cultural ties between our City and Monaco. I would especially like to thank Ambassador Maccario Doyle and the New Orleans Ballet Association for organizing this week of activities, and I encourage everyone to experience these outstanding events.”