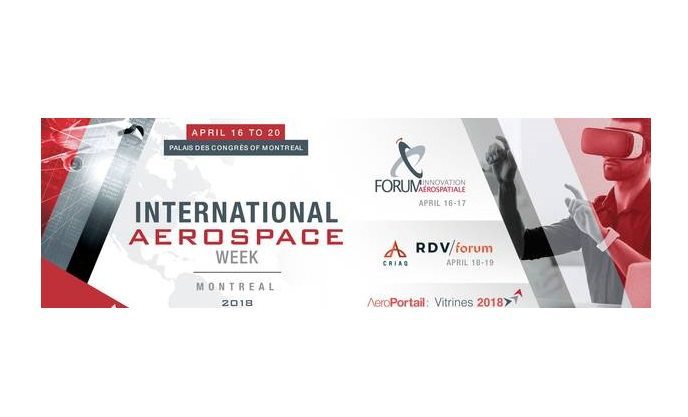 The role of guest of honor at the industry’s most important event in Canada is yet another successful milestone for the official cooperation between the aviation locations of Hamburg and Montréal, which is receiving up to four million euros in funding from the new high-tech strategy of the German Federal Ministry of Education and Research (BMBF).

For the first time, Hamburg has been chosen as guest of honor for the most important event in the Canadian aviation industry’s calendar. At the International Aerospace Week Montréal (April 16-20, 2018), the north German city is Germany’s official “Head Delegation,” with representatives from the research and education, industrial, and political spheres.

The event commences with the Aerospace Innovation Forum, where highly-regarded participants are expected. Hamburg will be represented here by the Hamburg Aviation cluster network. The ZAL Center for Applied Aeronautical Research will then coordinate the presentation of 17 project pitches, each involving several German participants at the RDV Forum 2018, where research and development ideas bid for investors’ favor.

What makes this particularly attractive is that participation presents German research partners with the opportunity, by virtue of their cooperation with Canadian partners, to benefit directly from funding available in Canada. With joint research projects on quieter aircraft cabins and fire-resistant composite fiber components, the transatlantic cooperation has been very close since it was officially established last year and is currently running at full throttle.

“Small- and medium-sized businesses in particular can profit enormously from the cooperation and exchange between Germany and Canada. Not only can they open up new customer markets, they can also extend their own expertise and product portfolios with partners in the respective locations. This is securing jobs for the long term on both sides of the Atlantic,” says Dr. Franz Josef Kirschfink, Managing Director of Hamburg Aviation.

“By enabling German companies to converse in-depth with Canadian research and industrial partners at International Aerospace Week, exploring such future-oriented fields as acoustics, robotics, the digitalization of production, and innovative aircraft cabins, we can take the successful collaboration between aviation players in both nations to a new level,” says Roland Gerhards, CEO of ZAL Center for Applied Aeronautical Research.

Hamburg’s presence at the International Aerospace Week begins already on Sunday, April 15, with an official evening reception hosted by the Consul-General of the Federal Republic of Germany and the Hamburg Senate. More than 100 speakers are expected to attend the Aerospace Innovation Forum, and more than 1,400 business meetings have been planned. The event, organized by the Canadian Aéro Montréal cluster network, is taking place on April 16 and 17. On April 18 and 19, companies, universities, and research institutions will be pitching their project ideas to potential Canadian partners at the RDV Forum organized by CRIAQ (Consortium de recherche et d’innovation en aérospatiale au Québec), a Canadian research consortium. 17 project ideas from Germany, coordinated by Hamburg’s ZAL Center for Applied Aeronautical Research, will be among them. This makes the Federal Republic of Germany by far the best-represented foreign nation. The International Aerospace Week draws to a close on April 20 with tours of local aviation enterprises and a student competition of AeroPortail.