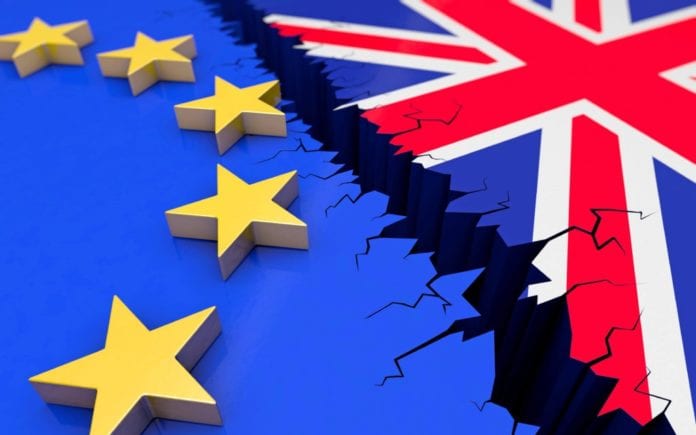 Can travel businesses continue to innovate and take risks despite the threat of reduced funding after Britain’s departure from the EU next year? Just one of the questions and themes that emerged from Day Two of World Travel Market’s business sessions at the UKI & International Inspiration Zone.

Wales Tourism & Business, the Welsh Government and individual business operators gave examples of how a new culture of innovation and risk taking had allowed them to successfully ‘reimagine Wales’ as a destination of soft adventure, culminating in North Wales being named by Lonely Planet as one of the top places to visit in 2017.

Mari Stevens, Director of Marketing at Wales Tourism & Business, said Wales had always been a nation of innovation, but it was now “tourism’s turn to extract the economic benefit from this (natural) wealth”.

With a mix of private and government funding, a whole host of post-industrialised sites across Wales have been transformed into world-class visitor experiences, from Zip World, built over a disused quarry, to Surf Snowdonia, created on a former aluminium works to three Welsh museums, the National Wool Museum, National Coal Museum and National Slate Museum.

A collaborative bid to gain UNESCO World Heritage listed status for the Slate Industry of North Wales, which encompasses Zip World and the National Slate Museum, has also been prepared. If successful, it will add a whole new level of tourism status and awareness to the region.

Jason Thomas, Director Culture, Sport and Tourism for the Welsh Government said he was trying to bring a risk-taking culture to the public sector, citing the example of opening up Caernarfon Castle to allow people to stay overnight in the King’s Castle. “We wouldn’t have touched it before, but if we can’t take risks in Cadw (part of the Welsh government working to protect historic buildings) how can we expect the private sector to?”

However with Brexit looming, panellists in the Social media, digital excellence in Brexit Britain session, questioned whether innovation and funding in tourism would continue once Britain left the EU.

Kurt Janson, Director of the Tourism Alliance, which represents 200,000 UK businesses, said concerns over the future of funding was the top issue among members in a recent survey on UK tourism in light of Brexit. Janson said the Tourism Alliance was working on a Green Paper for the government with 10 Big Ideas to boost growth and employment in the tourism industry, starting on 1st April, the first day after Brexit.

“We as the industry need to lobby government to ensure there are continued funds for tourism,” Janson urged.

Roger Goulding, from the Cranbourne Chase Area, in Dorset, recently secured £130,000 of EU funding to develop an augmented reality tourism app that brings historical characters to life, such as Thomas Hardy, to showcase the history of the area. He’s also helping to put together a £2.5m Landscape Partnership Scheme for the Cranbourne AoNB, which straddles Dorset and Wiltshire.

However, he too admitted it was hard to see where future investment would come from, and hoped his project would act as a catalyst for other businesses to work together. He also called on local councils to work more collaboratively to create sustainable tourism plans.

“Certain areas around the country have never had to work to get visitors. There’s a laziness, and they are just coping with the pressure, rather than looking at other areas not far away that can cope. We are still drawn down by pure administration boundaries. It’s quite archaic,” he said.

Social media’s importance in driving innovation was another key theme throughout the day’s sessions, with Claire Lampon from Historic Royal Palaces talking about the #Boleynisback campaign, where Anne Boleyn returned to the Tower of London to perform in a play.

Delegates also heard how Visit Lincoln’s use of social media helped it move 56 places to claim the top spot in this year’s English Tourism Social Media Index. Lydia Rusling, Chief Executive of Visit Lincoln, credited the win to the range and quality of content, and leveraging opportunities where ‘history is brought to life’, such as the filming in Lincoln of parts of Mike Leigh’s new film Peterloo.

In another session, the rise of the podcast was illustrated as another way tourism businesses could innovate and bring their stories and destinations to life.

The panellists all said clients preferred making podcasts rather than videos, and they were still relatively easy to make, using an app called Anchor. Nand said even podcasts with relatively small download numbers of around 500, was still a highly targeted audience of listeners.