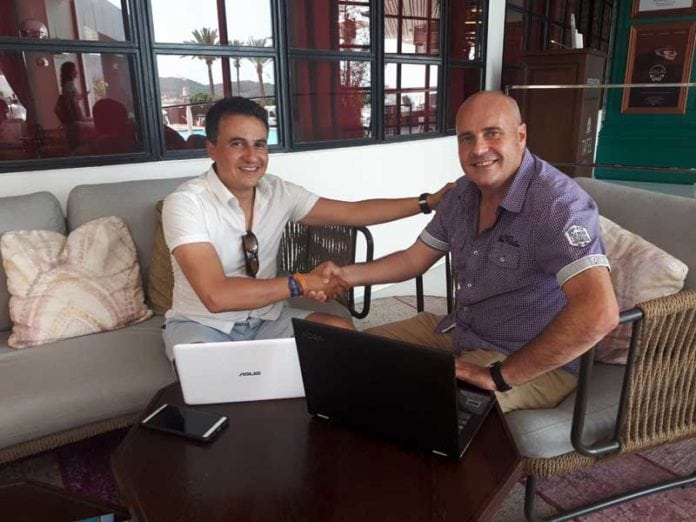 Why Bogota becomes the City of International Nightlife in November?

The city of Bogotá in Colombia will host the 5thInternational Nightlife Congress and the 4th Golden Moon Awards on November 14th together with Colombia’s ExpoBar Fair. Last week in Ibiza, the President of the International Nightlife Association (INA), José Luis Benítezand the President of the Nightlife Association of Colombia (ASOBARES), Camilo Ospina agreed to collaborate. As you may know, the INA holds an annual international congress and awards ceremony and has decided to celebrate this year’s edition jointly with the 5th edition of the ExpoBar Fair. ExpoBar is Colombia’s most important nighttime entertainment event with more than 3.000 attendees including representatives of the industry, staff, authorities and sponsors.

In the aforementioned meeting between the two representatives, the entry of ASOBARES Colombia (Colombian Nightlife Association) into the International Nightlife Association was also agreed on, strengthening the international association. Currently, the INA has worldwide representation in 8 countries (United States, Spain, France, Italy, Belgium, United Arab Emirates, Mexico and Colombia) and the upcoming incorporations of Japan and India, adding up to over 13,000 establishments. On behalf of the International Nightlife Association, we would like to welcome ASOBARES Colombia as a new active member and thank you for your willingness and hospitality in allowing the INA to jointly celebrate our international events at its annual Fair.

The 5th International Nightlife Congress will deal with key issues such as safety, noise pollution, music tourism, quality and excellence, all with internationally renowned speakers, who are in turn guests of Expobar, the host of all events. The main subject of the International Congress will be the “Triple Excellence in Nightlife”, a triple quality distinction granted by the INA to those venues & clubs that meet a series of requirements in terms of safety, acoustics and quality of service after a meticulous inspection. It should be noted that Bogotá, host capital of our next event, has issued the “Sello Seguro”, a standard public certification issued by the City for venues that meet established requirements and will be up for debate in ourInternational Congress.

During the evening of November 14th , the International Nightlife Associationwill release the list of the “World’s 100 Best Clubs 2018” followed by the official event closure of Expobar hosted by ASOBARES and tourism authorities of Bogotá. The Colombian capital will be the hub of the nightlife industry by officially unveiling the prestigious list of the most important nightclubs in the world, including the “World’s Best Club 2018”, a position currently held by Ushuaïa Ibiza. As of today, as candidates enter this prestigious list there is a total of 195 clubs from 33 different countries. Nominations are currently open until August 30th. For the moment, the United States has 34 nominee clubs, Spain 26, Italy 15, the UK 14 and Brazil with 7 candidates respectively. These are the countries that presently bring the most candidates together in their respective territories to clinch the Golden Moon Award for “The World’s Best Club”. These 195 venues nominates to date from countries as varied as Arab, Singapore, Sweden, Czech Republic, Russia, Malta, Japan, Argentina, and recently Colombia among others.

The voting method for the list is made up of 70% of the vote from a professional jury (composed of a group of professionals linked to the world of the nightlife and managers of beverage brands, executives from the world of tourism and members of the Association) while 30% is popular through social networks which will start voting on September 14th, a vote that will remain open until November 4th, that is, up to 10 days before of the event in Bogotá, Colombia.

The listing in this prestigious list has the addition of the musical programmes of the premises during the year, multiple aspects as the number of clients, the security measures, the VIP services offered, online bookings, operational good practices, received recognitions, acoustic quality and commitment to the United Nations Objectives such as respect for the environment, gender equality and working conditions.

According to Joaquim Boadas de Quintana, Secretary General of the International Nightlife Association, “… through this event, we want to promote and motivate nightlife venues from all over the world to compete with each other and obtain a rank in this prestigious list and maybe even lead it, investing in excellence in all aspects, facilities, services and security measures that makes them more competitive, attractive and safe, which in turn will result in benefits for users and will improve the reputation and prestige of the sector, which is our ultimate goal “.