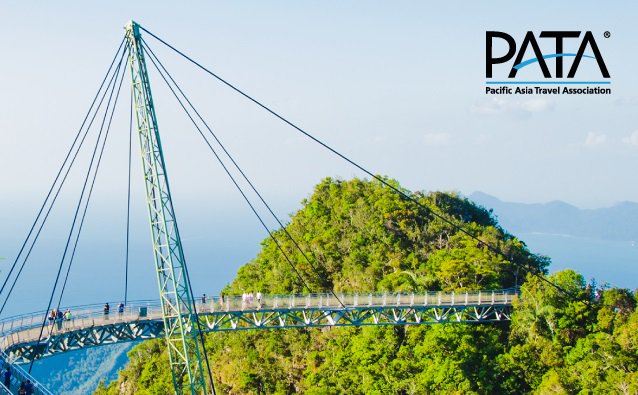 PATA Travel Mart 2018 in Langkawi, the beautiful island in Malaysia, got off to a glittering and colorful start with the inaugural dinner reception dinner at the plush Mahsuri International Exhibition Centre (MIEC). The event started on September 12 and ends on the 14th.

The top brass of the host country, led by the Deputy Prime Minister, was there to welcome the delegates and dignitaries, who heard the speakers laud PATA for its role and also the role Malaysia has played over the years in hosting PATA events – marts, conferences, and other activities.

There are 67 sellers from Malaysia itself, and 260 buyers from 53 source markets.

Langkwai and other parts of Kedah have many attractions which need to be promoted.

Meanwhile, there is much expectation from the mart which opens on September 13, with buyer-seller meetings and interaction.

Nandakumar, Director of Madras Travel and Tours which is based in Chennai, said he was looking forward to quality buyers. His experience in Macau last year was good, and he hoped that he will meet with new and old sellers in the next 2 days.

Sanjay Mehta was keen to network and make new contacts but regretted that there were no buyers from the USA. He has some good meetings from Australia, and he hoped but added that suppliers this year seemed to be less than Macau, the Rajkot-based agent said on the eve of the mart.

He suggested that the hotels of the buyers and sellers should be near the venue of the mart in order to save time and make it more convenient.

Jaswinder Singh, executive director of AAyan Journeys, is looking for potential buyers and hopes the new ones will be productive.

Vijay Kumar from IRCTC is looking at Sabah, China, New Zealand, and Canada for luxury trains.

Neha, from Singapore said that her Mastercard company was keen to see technology developments. Where the tourism industry is going in terms of technology, is her concern.

The Turkish Airline reps will boost awareness of the country and airline and make new contacts.

The position on the trends in tourism destinations and products will be clear tomorrow and the day after.

But what is clear now is that PATA and Tourism Malaysia have left no stone unturned to see that it is a memorable event. Delegates were spellbound to see the cable car, mangrove forest, and the crocodile farm.

The Youth Symposium attracted much attention, with several youth coming from far and near and other organizations also joining the PATA endeavor, which has become an annual event at the marts.