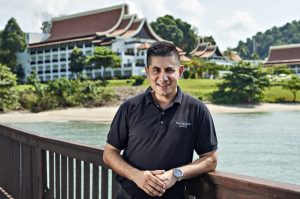 The Westin Langkawi Resort & Spa and Langkawi International Convention Centre (LICC) announced the promotion of Rajiv Kapoor to General Manager. Kapoor joined The Westin Langkawi Resort & Spa in 2013 as Hotel Manager and made exceptional changes to improve the resort’s operation, service, and facilities. He also spearheaded the renovation of guestrooms, 20 villas, restaurants, airport lounge, Westin Workout and the main lobby. Since the refurbishments, the resort has garnered positive returns year on year.

In his new role, Kapoor is responsible for all areas of the hotel including future development of associates, product improvement, financial performance, profitability, brand compliance and guest satisfaction.

Commenting on his new appointment Kapoor said, “It’s an honour to continue the legacy of service excellence that The Westin Langkawi Resort & Spa and Langkawi International Convention Centre (LICC) is synonymous with Langkawi. I am thrilled with the opportunity to create indelible moments for our guests and to remain the number one address in Langkawi. I am also excited to bring my personal touches and managerial style to the team, inspiring them to further elevate the unparalleled service for which our property is known and create lasting memories and deeper cultural connections for our guests. With an exceptional team, I’m positive The Westin Langkawi Resort & Spa has a bright future ahead.”

In his spare time, Kapoor enjoys spending time with his family.