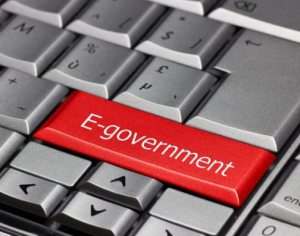 Estonia and Georgia share their e-governance expertise with the Caribbean

When it comes to the Caribbean’s vision for 21st Century Government, Estonia is an excellent example of the possibilities for transforming governments and countries. With a population of 1.3 million, Estonia is ranked among the world’s top leaders in the development of e-government having 99% of its public services available online 24/7.

A member country of the European Union, in 1997 Estonia began its journey of building and developing an open digital society through the effective use of information and communication technologies (ICT). Fueled by a political will to improve the competitiveness of the state, increase the well-being of its people, and build an efficient, secure, accessible and transparent digital ecosystem, Estonia has now become one of the most wired and technologically advanced countries in the world.

One of the main features of the country’s e-government system, is the provision of ID cards to citizens that allows digital access to all of Estonia’s e-services, which include, but are not limited to, e-tax, business register, e-school, e-prescription, e-residency, e-banking and e-health. The breadth of e-services has resulted in significant time savings and cost efficiencies.

Like Estonia, Georgia has also demonstrated success in transforming its government and country by employing ICT. With a population of 3.7 million, the Government of Georgia embarked on a mission to strengthen and develop its e-government services. This initiative has significantly improved access to e-services for business and citizens and strengthened governance, in particular its transparency.

The Government of Antigua and Barbuda and the Caribbean Telecommunications Union (CTU), in collaboration with the Caribbean Centre for Development Administration (CARICAD), have organized a Summit and Symposium to launch a 21st Century Government initiative. The initiative will create citizen-centric seamless Caribbean governments and transform the regional public sector. The Summit, which will take place on 16th January will explain the principles of 21st Century Government to Caribbean Heads of Government and propose a plan that will lead to government transformation. The former Minister of Foreign Affairs of Estonia, Mr. Rein Lang, who played a key role in Estonia’s e-government transformation, and the current Minister of Justice of Georgia, Ms. Thea Tsulukiani will share their insights on how their countries successfully leveraged ICT to transform their government processes.

A three-day Symposium, designed to prepare public sector practitioners for the work that has to be done to establish 21st Century Governments, will follow the Summit from 17th to 19th January. A key output of the Symposium will be the preparation of a framework for accelerating the delivery of e-government services, transformation of Caribbean governments and improvement in the region’s competitiveness.

Estonia and Georgia are very similar to Caribbean countries in that they are small countries with small populations. Their weak economies have been considerably strengthened because they embraced ICT and transformed their governments. Their experiences have proven that lack of size or resources are not hindrances to development. The Caribbean can be optimistic that similar successes can be achieved as our size gives us the agility to chart, correct and make whole of nation changes, which include government, citizens and business. The 21st Century Government initiative is the Caribbean’s programme to accomplish this. The initiative requires a change in existing mindsets which must begin at the highest level and political will. Therefore, Caribbean Heads of Government must become champions for the 21st Century Government programme.

A number of Heads of Government have accepted the invitation to attend the Summit. ICT and Public Administration Ministers along with their permanent secretaries and technocrats; ICT Network Operators and Regulators; international development agencies and the business community will attend the Symposium.