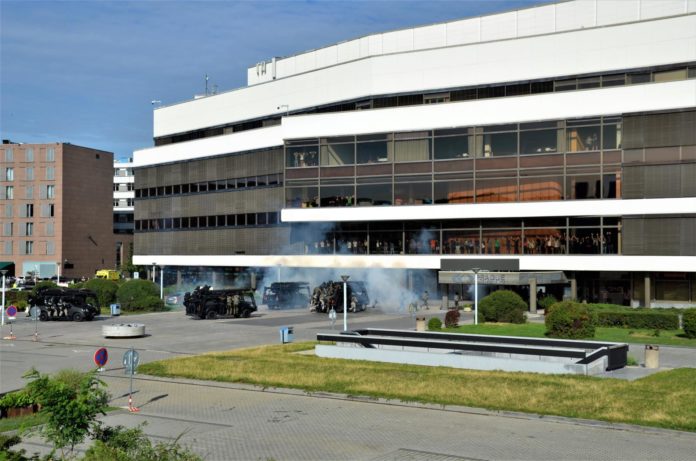 The Prague Congress Centre organized, in cooperation with the Rapid Deployment Unit of the Czech Republic under the auspices of the Mayor of Prague Mgr. Adriana Krnáčová, MBA and Police President Genmjr. Mgr. Tomáš Tuhý, Ph. D,. an extensive counter-terrorist drill. The event took place on 10 and 11 September 2018 on the premises of the Prague Congress Centre and in the immediate vicinity of the building and served as an important test after the modernization and introduction of new security systems in the building.

Preparation of the event with the Security Director of the PCC took more than a year. As part of the exercise, 70 armed perpetrators invaded a musical performance in the presence of 2000 visitors – extras, who were freed by the intervention of elite units of the Czech police. The Prague Congress Centre is the second largest building in terms of engineering technologies in the Czech Republic, and for its location, position and purpose, it belongs among the Czech Republic’s strategic buildings 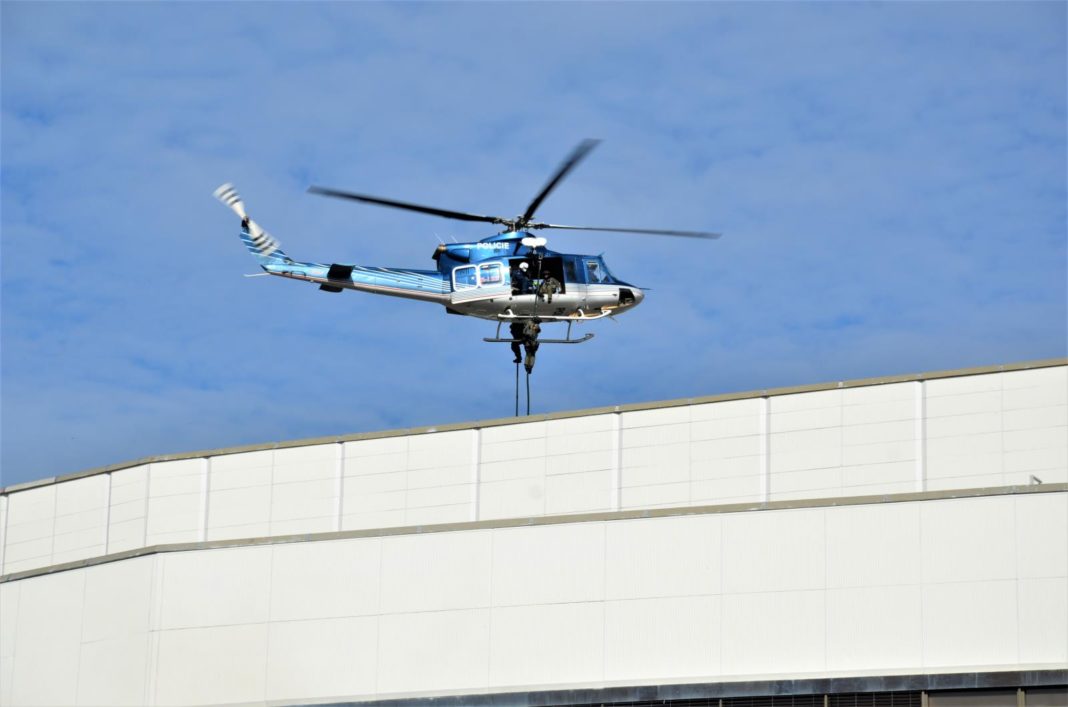 Therefore, over the last two years, the PCC has been working closely with the Integrated Rescue System (IRS). Every year hundreds of thousands of visitors come to the Prague Congress Centre to enjoy a beautiful view towards Prague Castle, in addition to attending a congress, conference or cultural performance. “The effort to increase the safety of our visitors has naturally led to the idea of carrying out a drill where all IRS groups will be able to prove their skills and test their limits and the Prague Congress Centre will be able to practice the evacuation of a large number of people from such complex premises,” explains the Security Director of the PCC, Mr. Jiří Brych.

More than 400 police officers, 50 medical officers and six fire brigade units evacuated all 2000 hostages that had already been stuck all around the premises of the Prague Congress Centre within seven minutes. Within 100 minutes of the intervention, the last “wounded” person was transported to the Královské Vinohrady Faculty Hospital, where medical crews brought dozens of other “wounded” persons. Besides the IRS units, the Fire Brigade of the Prague Congress Centre, which is an integral part of the building, took part and applied its experience in cooperation with Prague firefighters.

Since 2016, the Prague Congress Centre has been constantly investing in security. The modernization of firefighting technologies and the retrofitting of the fire brigade has already been carried out, as well as a complete modernization of the CCTV system. The building is now monitored by more than 300 cameras. All dispatching units have been centralized, and a modern security concept has been set up. Strengthening physical security has also been a part of these changes. The number of security guards has been increased, turnstiles have been installed at the Prague Congress Centre’s entrances, and chip-cards, which contribute to better security of the building and at the same time help when evacuating people, have also been introduced.