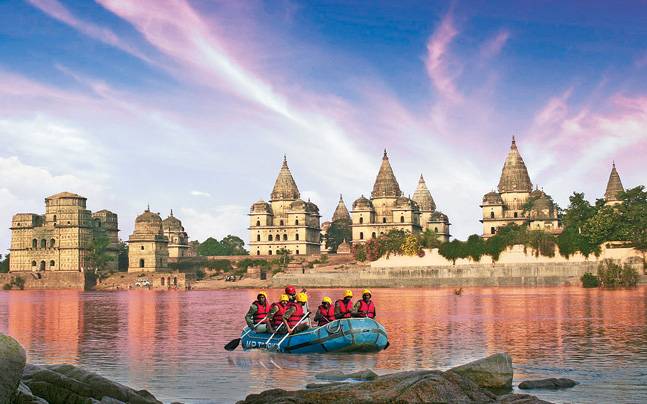 Madhya Pradesh is a state that reflects the true cultural heritage and history of “Incredible India.” The great emperor of India, from Ashoka to the Guptas, has marched on this soil. They highlighted their presence in the form of historical monuments and cultural heritage. The Madhya Pradesh Tourism Board participated in the ITM (India Tourism Mart) held at Hotel Ashoka, New Delhi. from September 16-18, 2018. The focus was to showcase and revive the fast-growing tourism sector of Madhya Pradesh.

As quoted by the officials of the Madhya Pradesh Tourism Board: “Madhya Pradesh is centrally located, so it is called the heart of ‘Incredible India.’ It [ha]s flourished with historic marvels, [the] home of wildlife animals, and warm-hearted people. It is also called the tiger state of India. We expect major inbound tourist footfall mainly from [the] UK. If you look at the statistics, [a] lot of international destinations like Switzerland [and] Singapore are now filled by India tourists. So, if Indians are willing to go abroad and see the destinations of [the] world, why not explore our own country and … come to Madhya Pradesh? So, we are having a balanced approach in all the sectors of tourism such as adventure, wildlife, heritage, and many more.”

Madhya Pradesh always had a variety of attractions to offer. From being the state with the largest forest area and wildlife hotspots (10 national parks & 25 wildlife sanctuaries), 3 UNESCO World Heritage sites (Monuments of Khajuraho, Cave shelters of Bhimbetka, and the Stupas of Sanchi), to the events like the Khajuraho Dance festival, Malwa Utsav, Tansen Festival, and the Allauddin Music fest (cultural and musical extravaganzas), the state has a variety of products to offer every single tourist’s choices. Madhya Pradesh leaves no stone unturned to captivate the heart and imagination of tourists.

Madhya Pradesh is also an attractive destination for investment in the tourism sector. The government has taken multiple initiatives to make the state a venture-friendly destination. The state has a good number of land parcels, heritage properties, and land on lease which have been promoted by the state via various platforms in the recent past for the benefit of future developments and growth by Public Private Partnership in the state.