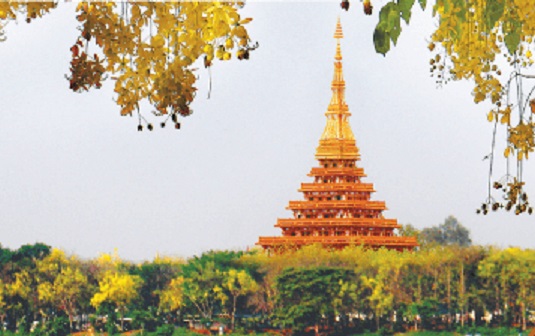 PATA Forum a win-win for all

The PATA Destination Marketing Forum 2018 held from November 28-30, 2018 was attended by some 300 delegates from far and near and was a win-win situation for all stakeholders, not least of all for Khon Kaen, where the event was held.

Many of the participants, including this scribe, had not even heard of this eastern province of Thailand, which has much to offer, as we discovered.

The Pacific Asia Travel Association (PATA), Tourism Authority of Thailand (TAT), Thailand Convention and Exhibition Bureau (TCEB), and the local people and authorities and all deserve praise for organizing such an event which could become a trendsetter in marketing lesser-known destinations, as the leaders and speakers noted.

The quality of speakers and the subjects chosen showed much research was done, and the format was unique, enabling the delegates to make the best use of their time and effort. For example, the idea of having a technical meeting or a field trip for the delegates before the actual deliberations was excellent, as the three options for tours helped the participants know what Khon Kaen has to offer. The theme, Growth with Goals, was appropriate as world over there is concern for how and where tourism is going or growing.

Interacting with the locals and seeing their immense talents was a major take-away from the forum. This was reflected in the exposure of culture and cuisine throughout the event where the top brass were present, signifying the commitment to market the destination in a serious manner.

While the local content in the speeches was there, marketing of destinations world over was not ignored in the program. The issue of trans-border marketing, so important in the region, got due attention, as did the status of digital marketing, without which nothing can be done these days. Marketing through storytelling was another thrust area during the deliberations, where John Williams of the BBC set the tone. Impact on destinations as well as the role of technology were some other areas which were discussed. Undertourism and overtourism were also highlighted.

PATA CEO Mario Hardy announced that the event will become an annual event, with the next one in Pattaya, in November at the end of 2019, obviously encouraged by the response and success of the forum. Some may wonder, however, whether Pattaya requires marketing or it is already over exposed, unless the idea is to change the focus?

Things are looking up for the PATA adventure and responsible tourism meeting to be held in Rishikesh, Uttarakhand in the mighty Himalayas.

A team from the PATA headquarters in Bangkok is coming to India from December 10 to 12 to promote the event, which is set to be different from other similar events in other parts of the world because of its focus on yoga and spiritual content.

The PATA team will interact with the Adventure Tour Operators Association of India (ATOAI) members and also go to Rishikesh for a site visit. The ATOAI is headed by Swadesh Kumar, who has had a name in the industry for decades.

The Uttarkhand government is also making efforts to put up an impressive show for the February 13-15, 2019 event. The hotels in the region expect the meeting to boost interest in the area.