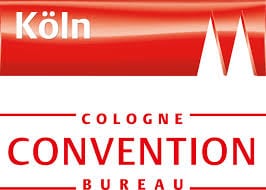 Meeting Point Cologne: Why there is so much to celebrate for Cologne Tourism ?

Cologne has the “Dom”(Cathedral). Cologne has its own beer, and the music and the German language is a little more local. Cologne has the largest Carnival in Germany and Guten Tag turns to Alaaf. The fragrance is 4711 – so much to learn!

Cologne tourism is very big business, and doors for all foreign visitors are wide open. “All” means everyone in Cologne, no matter where you come from. no matter if you prefer to color your hair blue, are old fashion, like wild music. Pink is an important color in this tolerant city where the LGBT community is the second largest in the country.

Having a convention or business meeting is always productive and a little more fun.

A major part on how the Cologne visitor industry operates today, and how it includes 49,500 events with 4 million participants in 2017 alone, is a success story on its own.

Operating with very little funding but generating an enormous amount for the city and its tourism stakeholders in this City on the Rhine river, the Cologne Convention Bureau of the Cologne Tourist Board is celebrating its tenth anniversary this year.

For the past ten years, event organizers have benefited from the local expertise and experience of the convention office – as the first independent port of call for events. The close connections with the city’s business and science sectors are an important foundation on which to promote the development of the meeting market in Cologne and the surrounding region. In the anniversary issue of “Meeting Point Cologne 2018/19”, the CCB presents all the facets of Cologne’s event sector in a modern format.

“In addition to facts and figures, in the new ‘Meeting Point’ we tell event organizers and planners from all over the world stories about the vibrant metropolis of Cologne and its people. We conduct interviews with interesting personalities from the fields of business and science and present options for special supporting programmes. The sum of all these factors clearly shows that events serve as a bridge between business, science and the general public, and thus make the expertise of a destination visible,” explains Christian Woronka, the Head of CCB.

“Meeting Point” has developed from a catalog of locations to a valuable handbook in magazine style. The demand for the print edition is always high, despite the fact that all of its content is also integrated digitally into the website locations.cologne. The CCB team slips into a different role every year. This year, the Cologne Tourist Board will do justice to the current focus theme of Culinary Cologne.

Innovation and science are the drivers of congresses

In the anniversary issue of “Meeting Point Cologne” the CCB focuses on the themes of innovation and science as key factors influencing the establishment of new congresses. The huge potential of these fields is reflected in interviews with important personalities from Cologne. The interviews include a talk with Felix Falk (Managing Director of game – The German Games Industry Association), Dr. Patrick Honecker (Director of Communications and Marketing of the University of Cologne), Professor Christine Graf (sports medicine at the German Sport University Cologne), and Sven-Oliver Pink (cofounder of FOND OF).

The CCB’s activities aimed at marketing Cologne as a congress location are supported by more than 160 partners consisting of event locations, conference hotels and providers of event services. All of these partners also present themselves in “Meeting Point Cologne”. One new feature in this issue of the handbook is the inclusion of partners from the Rhine-Erft region.

Tenth anniversary of the Cologne Convention Bureau
During this entire anniversary year, the CCB will publish Instagram stories on its VisitKoeln-profil platform. In addition to a prize competition, the platform will offer intriguing insights into Cologne locations such as TörtchenTörtchen, the Hyatt Regency Cologne hotel and the Cologne Zoo.

The anniversary celebration was launched at an exclusive pre-opening event at the future MOTORWORLD Köln meeting venue in May. It was a special networking opportunity for Cologne’s event sector.

In addition, this year the CCB published a study that documents the economic significance of the meeting market for the city of Cologne. This analysis was conducted in cooperation with Ralf Kunze, who has supported Cologne as a congress destination ever since the founding of the CCB through his activities at the European Institute for the Meeting Industry (EITW). The analysis was part of his doctoral dissertation at Leuphana University of Lüneburg.

You can find all the content of the new “Meeting Point Cologne” at locations.cologne. You can order your free print copy of the handbook at [email protected].