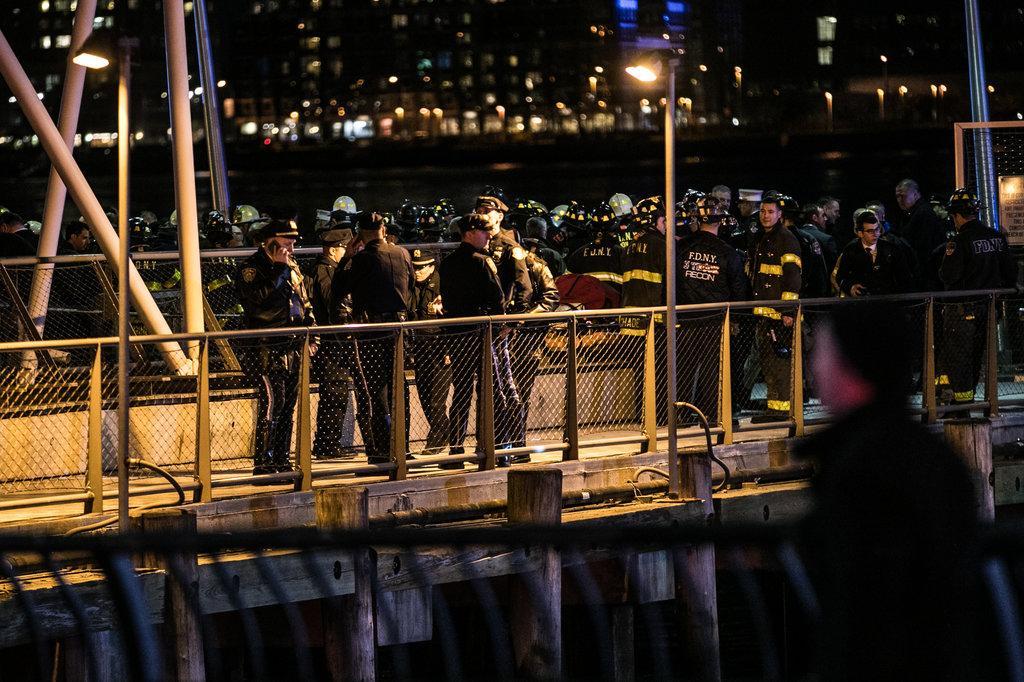 There were six people on the Eurocopter AS350, which was registered to Liberty Helicopters and was being used for a private charter photo shoot Sunday Evening. Five passengers are now dead, the pilot survived.

The red helicopter carrying six people zoomed over the East River, flying along a popular route for sightseers who want to view the Manhattan skyline, but something appeared wrong with its path on Sunday evening.

It was flying too fast and descending too quickly, witnesses said.

Its swirling rotors chopped into the river, eventually coming to a stop as it tilted, capsized and began to sink shortly after 7 p.m.

Moments later, the pilot escaped, climbed to the top of the wreckage and yelled for help, a witness said. A flotilla of tugboats and emergency boats converged on the crash site, a couple of hundred yards north of Roosevelt Island, and began a frenzied search for others on board.

Battling currents of 5 miles per hour and a water temperature below 40 degrees, he said, the responders pulled the passengers out of the submerged helicopter and brought them ashore.

Despite the rescue efforts, all five passengers were killed, James Long, a Fire Department spokesman, said early Monday morning. Two were declared dead at the scene and three died in local hospitals. Commissioner Nigro said the pilot was at a hospital and in fair condition.

No information was posted overnight at the Liberty Helicopter website still advertising safe sightseeing flights over Manhattan with a birds eye.