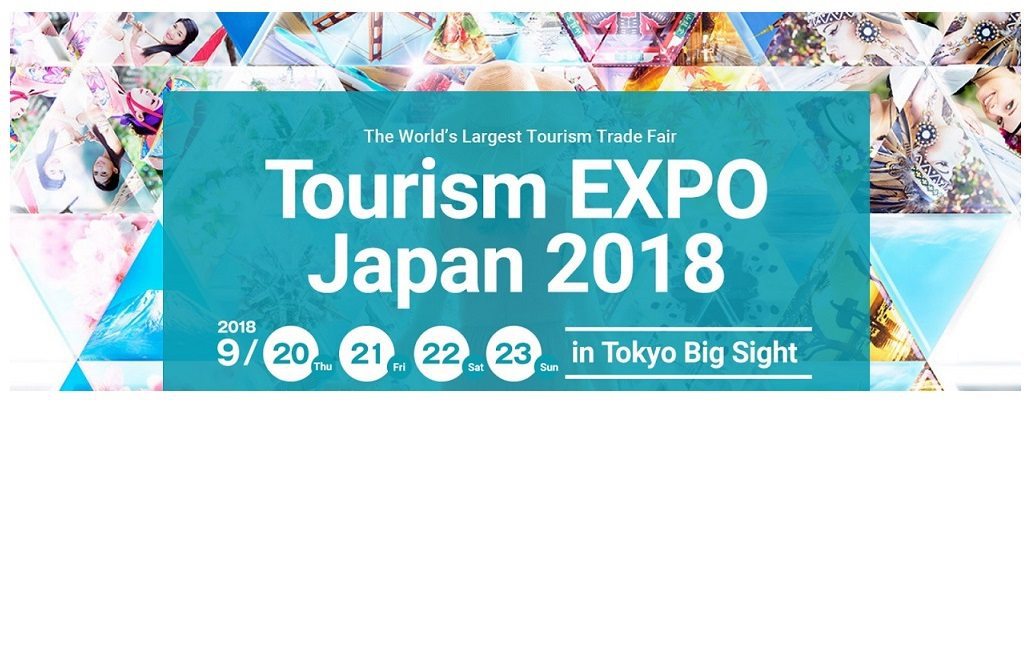 Tourism EXPO Japan 2018 is the world’s largest tourism trade fair. This year, it will be held from September 20-23, 2018 in Tokyo, Japan, at Tokyo Big Sight. September 20 and 21 are reserved for business discussions and industry professionals, and September 22 and 23 is open to the general public.

The event is being organized by the Japan Travel and Tourism Association (JTTA), the Japan Association of Travel Agents (JATA), and the Japan National Tourism Organization (JNTO).

The Japan Association of Travel Agents is headquartered in Tokyo, and it is an association sanctioned by the Commissioner of the Japan Tourism Agency based on the Travel Agency Law. JATA seeks to improve the quality of services provided to travelers to and from Japan and contributes to the development of the travel and tourism industry through a variety of activities including disseminating information, encouraging cooperation among members, and promoting the development of businesses and legislation that will benefit the membership and the industry at large.

Like the upcoming tourism trade fair, JATA’s membership is large! It has around 1,200 active members and many organizations that JATA participates in, such as the World Tourism Organization (an Affiliate Member) and Pacific-Asia Travel Association (PATA Japan Chapter).

JATA also consults with various organizations including those listed below and takes part in a variety of events. It strives to understand the current state of the Japanese travel industry in order to better serve the needs of travel agents and consumers as well as works on any problem that may arise. In addition, JATA has an affiliation with several companies providing health and accident insurance for travel agencies.