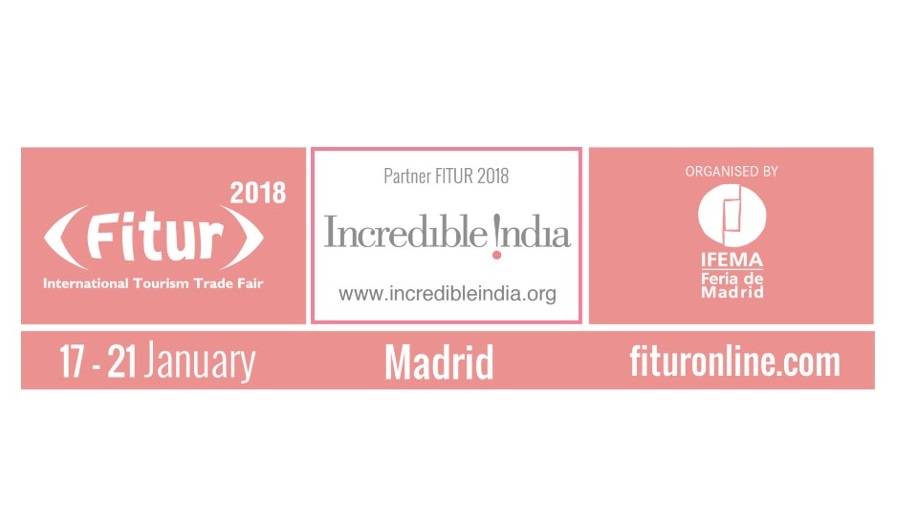 The upcoming staging of the International Tourism Trade Fair is presenting India as the FITUR partner country. This global power is a rising destination for business, trade and tourism. We thus establish a broad field of joint action in the most significant spheres of representation and communication of this major event in the tourism industry which, organized by IFEMA, will be staged from 17 to 21 January at Feria de Madrid.

This collaboration provides a close tie by linking the India brand to the International Tourism Trade Fair, allowing the new FITUR partner, whose presence has increased more than 30% at the Fair, to make the most of the event’s exceptional promotional potential and capitalize on it. In this way the Asian country, under the slogan of ‘Incredible India’, will enjoy an important international showcase for promoting the destination.

Last year was the 60th anniversary of the establishment of diplomatic ties between Spain and India. Both countries are now forging ever closer ties through this alliance. The Asian country, with robust 7% growth in the past year, offers multiple business possibilities and is inviting companies to invest, especially those from industries where the country is a leading global power, prominent among them infrastructures, rail transport and tourism.

The ‘FITUR Partner’ initiative was implemented in 2016 and offers participants in the Trade Fair the opportunity of entering into a partnership program, which, through its communication strategy, provides the destination with the utmost dissemination and reach.

Spanish tourism to India continues to grow. According to figures released by the Asian country’s Tourism Ministry, it received 76,342 Spanish tourists in 2016. Additionally, the increase in direct connections between Madrid and New Delhi has facilitated traveler flow between both nations and establishes the Spanish capital as the gateway to the Latin American market.

India received 14.6 million international tourists in 2016, 9.7% more than the previous year according to data released by the World Tourism Organization (UNWTO). The country, located in southern Asia, is an attractive and exotic destination in which different cultures and religions converge, making this an ideal territory for discovery. International tourists can manage their visa application via the internet, facilitating the arrival of travelers in this destination, which boasts a wealth of history, customs, architecture, flavors and colors and many UNESCO-protected world heritage sites, among them the Taj Mahal, the Agra Fort, the Fatehpur Sikri citadel and Humayun’s Tomb.

FITUR 2018 will be the global meeting point for tourism professionals and will again next year become the leading trade fair for Latin American inbound and outbound markets. The last staging saw the participation of 9,893 exhibitor companies from 165 countries/regions; 135,838 trade participants; and 109,134 visitors from the general public. Particularly noteworthy is the 18.8% growth in international trade visitors over the previous year. In addition, the volume of business appointments was as high as 6,800.

Together with the new FITUR Festivals, FITUR 2018 will feature the regular sections FITURTECH Y, the Sustainability, Innovation, Technology and Business Forum organized by the Instituto Tecnológico Hotelero (ITH); Fitur Know-how & Export organized by SEGITTUR in collaboration with ICEX and FITUR; FITUR Shopping; FITUR Health jointly with Spaincares; and FITUR Gay (LGBT) organized by Diversity Consulting International. Also staged will be Investour, the Tourism Investment and Business Forum for Africa organized jointly by the UNWTO, Casa Africa and FITUR.