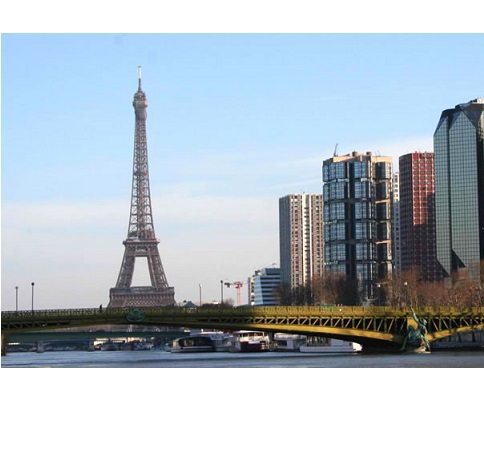 According to the International Convention and Congress Association (ICCA) report published today, Paris is the 2nd destination in the world for international congresses organized by international associations, remaining among the exclusive club of the top attractive destinations in the word, and announced a record year in 2017 in term of attendance.

ICCA ranks congress destinations based on 3 main criteria: a recurrent frequency, a minimum of 50 participants and a rotation including at least a 3 different countries. In 2017, Paris hosted 190 congress matching the ICCA criteria with 112 000 delegates, versus 196 events and 74 586 delegates in 2016. Since 2010, Paris holds systematically the first top 2 positions in the ICCA ranking, confirming its preeminence in the international congress sector.

2017, a record year of attendance for international congresses held in the French capital

What impact does the host city have on the number of delegates a conference attracts? Very little research has been done in this area, but attendance figures speak for themselves. Over recent months, a large number of international mega-conferences have been held in Paris, attracting record numbers of participants. According to the ICCA statistics, the number of delegates in international congresses has significantly increased (+50%) compared to the previous year.

Many factors can explain this: a cutting-edge scientific program with strong contribution from leading French scientists; a long history of research and innovation in the specific field; support from the French government and Parisian institutions; a large local community attracting more participation from France and Francophone countries; or simply the facility of access, accommodation options and unique delegate experience the city offers. Whatever the reason, no one can deny that choosing the French capital as your conference destination will help ensure its success. Some examples :

• MS Paris 2017, the 7th joint meeting of ECTRIMS-ACTRIMS (the European and Americas committees for treatment and research into multiple sclerosis) attracted for the 1st time of its history, more than 10,000 attendees. A huge increase on the 7,000 attending the previous event in Boston in 2014

• The 21st ENT World Congress of the International Federation of Oto-Rhino-Laryngology Societies (IFOS) in Paris in 2017 was declared by its organisers to be the largest IFOS conference ever held. The event attracted in excess of 8,500 delegates, with more than double the number of delegates who attended the previous conference in Seoul in 2013.

• The 8,000 delegates to the 9th IAS Conference on HIV held in Paris between 23 and 26 July 2017 represented an increase of around 40% on the numbers attending the 2015 conference in Vancouver.

• The International Liver Congress, the first international medical congress held at the newly opening Paris Convention Centre confirms this trend. With over 10,000 delegates, the success of this event augurs well for the events confirmed for the coming years. Later this year, over 22,000 delegates are expected to attend the European Respiratory Society’s International Congress in September.

Professor Catherine Lubetzki, chair of Local Organising Committee of MS Paris 2017, joint ECTRIMS-ACTRIMS meeting, on why Paris was chosen to host this major event : “Paris is a great city and surprisingly there has never been an international MS meeting here before. France is a hub for clinical and scientific activity in the field, with labs devoted to research and several clinical departments that focus on the management of MS patients. The joint meeting takes place once every three years and it was important to choose a city able to welcome so many people. The congress was bigger than ever with over 10,000 delegates from 100 countries attending. The Palais des Congrès offered spaces large enough to accommodate everyone to learn, and also to meet, make connections and plan collaborations, with a central location, which is nice compared with other cities.”