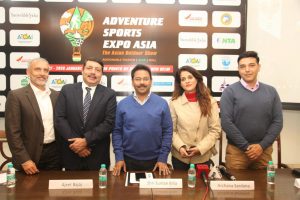 India has embarked on targeting adventure tourism and sports in a big way. In fact, 2018 has been declared as the year of adventure tourism. The idea behind this is that tourist arrivals can be increased without much investment in the adventure segment.

From January 27, for 3 days, much focus will be on various aspects of adventure tourism and sports, as a galaxy of world stakeholders in this area gather in Delhi for the first of its kind expo, where over 15,000 enthusiasts are expected to be part of the expo. 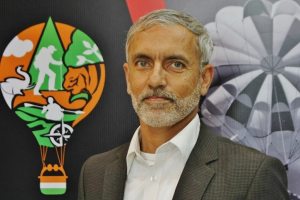 The show is the brainchild of Rishi Narain, founder of RN Sports Marketing, and Ajeet Bajaj of Snow Leopard, who is active in the Adventure Tour Operators Association of India, and is also behind the expo. Several trade bodies – national and international – are backing the event, along with some well-known experts who will be seen at the expo.

A curtain raiser meeting was held in Delhi on January 12 to give highlights of the AdventureSports Expo Asia 2018, where Suman Billa, joint secretary of the Ministry of Tourism; Rishi Narain; Ajeet Bajaj; and others spoke of the prospects of taking adventure sports and tourism to the next level.