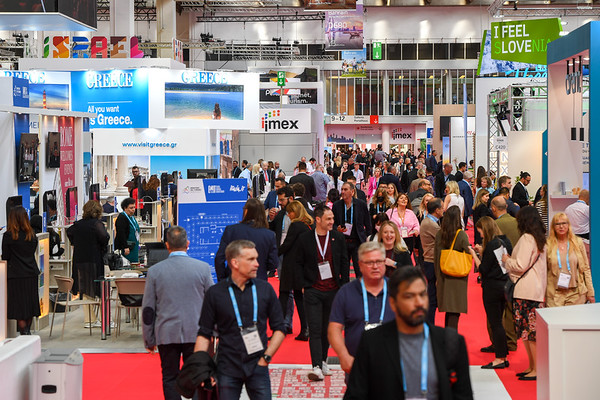 The global business events community has reunited at IMEX in Frankfurt, which opened today, in a powerful sign of confidence for the sector.

IMEX in Frankfurt, which takes place at Messe Frankfurt and runs until Thursday 2 June, marks a milestone moment for the industry: its biggest global gathering since the pandemic. The next three days will see the community reunite – many for the first time in three years – to reconnect and do business, providing a global snapshot of the sector.

With exhibitors representing over 100 countries, the show floor is the ultimate living reflection of the international business events market. The show, celebrating its 20th year, reflects a new business reality – and it’s one of steady and sustained confidence.

There are over 40 new stands, and many returning suppliers who have expanded their presence at the show – all with a strong story to tell that reflects recent and significant investment in the sector.

This includes ExCeL London’s expansion, Ethiopia’s new convention bureau, the launch of Transcend Cruises and St Louis who are marking the start of direct flights to Frankfurt by bringing a high-level delegation to the show. Destinations are also using IMEX in Frankfurt as the stage to launch new venues, they include Uzbekistan, New Zealand, Austria, Heidelberg, Bahrain and Bangkok.

With over 2,800 buyers registered and thousands of appointments made, the next three days effectively hold up a mirror to the international business events and meetings community as it reignites; showcasing its state of business readiness and its short and long-term growth prospects.

Carina Bauer, CEO of the IMEX Group, explains: “This week’s IMEX in Frankfurt represents a microcosm of the global marketplace and is at the heart of the industry’s restart. We’re in the early stages of rebuilding our sector but have every reason to be confident.

“Over the next few days the show floor will play host to partners, buyers and suppliers from across the globe, and the deals discussed here will lead directly to job creation, professional development and industry advancement, in turn helping to generate positive economic impact the world over.”

IMEX in Frankfurt continues until 2 June. Registration is free.