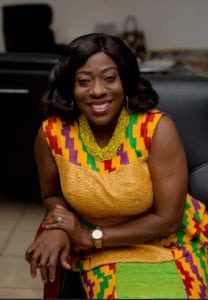 The Ghana Tourism Authority (GTA) will be hosting delegates for this year’s Accra Weizo Fair which will be held from 22nd – 23rd June, 2018 at La Palm Royale Beach Hotel and in July Routes Africa.

The Accra Weizo Fair was confirmed at a media briefing addressed by the CEO of GTA Mr. Akwesi Agyeman and Mr. Ikechi Uko of Akwaaba African Travel Market at the Office of GTA and Routes Africa was simultaneously confirmed when Routes announced that Ghana Airports Company Limited to host Routes Africa 2018.

The drive by Minister Catherine Abelema Afeku, the Minister of Tourism, Arts and Culture of Ghana to position her country at the centre of the continent’s tourism is starting to pay dividends.

For the Accra Weiza Fair the authority will host the delegates to a three-day familiarisation tour of Ghana from June, 19 to 21, 2018. Delegates for the Fair will be coming from eight nations in East, West and Southern Africa.

The delegates will take a tour of the Greater Accra, Eastern and Volta Regions of Ghana. The tour programme drawn for them is in tandem with the Authority’s domestic tourism campaign of “EAT, FEEL, SEE and WEAR GHANA”.

The reserve has a varied package of wildlife, archaeological sites, caves and granite hills. They will experience activities such as nature walk (hiking), gaming, bird watching, exploration of caves, etc.

In the Volta Region, the delegation will visit the Amedzofe Eco-Tourism Community and Tafi Atome Monkey Sanctuary. They will have dinner at Chances Hotel and enjoy nightlife. Delegates will arrive in the Eastern Region on 20th June, 2018 to take a tour of the Akosombo Dam Site, after which they will have lunch at Royal Senchi Resort. They will then enjoy a boat cruise on the Volta Lake. Dinner will be served at Afrikiko Resort and enjoy the serene relaxing atmosphere as part of the nightlife. The delegates will return to Accra on 21st June, 2018 to participate in the Women in Tourism Summit.

Accra Weizo is one of the events geared towards getting West Africans to cooperate amongst themselves. The event aims at creating a seamless travel environment in West Africa as it brings together travel professionals. As Accra is listed by the International Congress and Convention Association (ICCA) as the Top Conference Destination in West Africa, it reinforces its position as the Meetings Incentives Conventions and Exhibitions (MICE) capital of West Africa. Major tourism events have been hosted in Ghana in the last one year which includes the World Tourism Forum Africa and the UNWTO training for West Africa.

Routes Africa on its part will be the 12th Routes Africa, and it is the most long standing and established aviation forum bringing together leading airlines, airports and tourism authorities to discuss air services to, from and within Africa for over a decade.

“It is a unique opportunity for us to showcase Ghana to the world. The aviation industry in Ghana, stands out as one of the fastest growing and most competitive in the region. GACL on its part, has taken the needed steps to expand infrastructure to meet the growing demand and is poised to provide world-class facilities and services for the benefit of our stakeholders.”

Attafuah continued: “GACL is getting ready to unveil its flagship project, Terminal 3 in July this year. Terminal 3 promises to be the game-changer, as Ghana inches closer to becoming the destination of choice and the preferred aviation hub in the West African sub-region. It is designed to have modern facilities that will undoubtedly position Kotoka International Airport among the best equipped airports in the region.

“We look forward to attracting more airlines and other aviation related businesses as a result of our association with Routes Africa. Ghana is, after all, positioned in the centre of the world and nowhere is too far!”

Routes Africa’s return to the annual route development calendar sees a number of new innvovations as part of the event, including a certified route development accredidation for all attendees by Routes’ sister company, ASM.

ASM, which pioneered the concept of route development 25 years ago and established Routes events, will be holding a dedicated version of their world renowned ‘Fundamentals of Route Development’ training course as part of the Routes Africa programme.

Speaking from the AFRAA event in Zanzibar, event leader, Mark Gray said: “We have been working on Routes Africa’s return for some time now, and have listened to the demand from our airline and airport customers throughout the region who have felt that huge benefit from attending the event in previous years.”

Gray added: “We wanted to find the right host and we feel that in Ghana Airports Company we have found that. Their recent terminal development and the state of the art e-gates they have recently installed, really show their commitment to progressing the infrastructure that Africa clearly needs if it is to live up to its growth potential.”

Steven Small, brand director for Routes, said: “We are delighted to be bringing Routes Africa back to the annual route development calendar and Ghana looks set to be the perfect host to deliver the event with us. Our event leader, Mark Gray, is an extremely experienced member of the Routes team, who has been integral in the development of all Routes events for more than a decade.

“Mark’s passion and drive for the Africa region, stems over many years and his relationships within the region, with both airlines and airports, makes him the right choice to step into the essential role in driving forward Routes Africa for many years to come.”