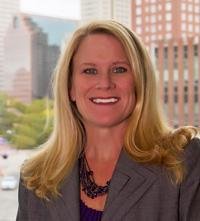 “Over the course of my career, I have seen the Providence/Warwick area grow into a world-class destination and it has been my honor to have been a part of that evolution,” said Sheridan, who first worked for the PWCVB in the 1990s in a variety of roles and returned as president and CEO in 2006. “I am confident that the talented staff at the PWCVB will continue to bring more meetings, conventions, sporting events and leisure travelers to the area.”
Sheridan’s tenure at the PWCVB has had many highlights, among them:

• The creation of the Rhode Island Sports Commission (RISC), as a division of the PWCVB. Events booked by RISC have a direct spend impact of more than $30 million each year.

• The development of a robust media relations program that saw Providence named “America’s Favorite City” by Travel + Leisure readers in 2015 and one of the “52 Must See Places” in the world to visit in 2016 by the New York Times.

• The realization of an occupancy rate of 74.2 percent for FY18, the highest in recent memory.

• The creation of a comprehensive electronic guide to 15 eclectic and vibrant neighborhoods in Providence.

“Martha has always seen Providence’s diverse culture as one of our greatest strengths,” said Providence Mayor Jorge Elorza. “From creating a series of walking tours that detail Providence’s history, to advocating on behalf of initiatives that promote a better quality of life, she has been a true champion of the Creative Capital. We thank her for her service to our community and wish her the best in Boston.”

Sheridan will be at the PWCVB until mid-December. The PWCVB board will work with senior leadership at the Bureau to run day-to-day operations until a successor is named.

“We have confidence in the staff at the PWCVB to continue at the high standard that Martha has set,” said PWCVB Board Chairperson Kimberly Greene. “She has done incredible work in managing the day-to-day operations, as well as working on both the local and national scale to promote Providence/Warwick and the industry as a whole.”

Sheridan has served as Chairperson of Destination International, the parent organization of destination marketing organizations throughout North America, and is on the board of the US Travel Association. She has held a variety of other leadership roles, including a two-year term as president of the New England Society of Convention and Visitors Bureaus. In 2015, Sheridan was named one of the “Top 25 Women in the Meetings Industry” by Meetings & Conventions magazine.

In Boston, she will succeed Pat Moscaritolo, who will retire on February 14, 2019 after 28 years of leading the Greater Boston CVB.