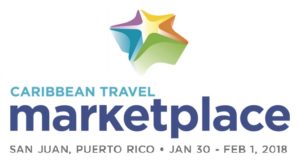 The Caribbean Hotel and Tourism Association (CHTA) reports strong sponsor and delegate interest in the upcoming Caribbean Travel Marketplace to be held at the Puerto Rico Convention Center in San Juan.

Following a meeting with the Host Committee in San Juan last week, Comito disclosed the overall year-over-year registration pace was encouraging, and assured that all systems were in order for the January 30 to February 1, 2018 event.

“We were very encouraged by what we saw in Puerto Rico,” said Comito, who observed the metro area busily preparing for the opening of the winter season. “The strong recovery from Hurricane Maria, a Category 5 storm, is a testament to the spirit of the Puerto Rican people as they get their lives back on track and get ready to welcome tourists to the island,” he added, after observing firsthand numerous hotels and restaurants were already back in business and contributing to the economic resurgence of the U.S. territory. “They are ready for us and they are going to be even more ready on January 30 next year!”

The Puerto Rico Tourism Company (PRTC) reported last week that more than 100 hotels are open and operating. More than 4,000 restaurants are taking orders and serving up meals. Major tourism attractions island-wide have been cleaned up and restored.

“It’s been the continued collaboration with Governor Ricardo Rosselló’s team and tourism industry partners that has resulted in tremendous progress and we’re thrilled to be officially open for tourism,” said José Izquierdo, executive director of the PRTC. “Tourism is a vital contributor to the island’s economy, so reaching these milestones not only will help build a stronger, better Puerto Rico, but showcases the resiliency in our people and destination.”

Comito reported that registration for the region’s leading travel marketing event is only slightly behind pace compared with last year’s numbers, with more than 170 supplier companies, more than 50 buyer companies and close to 600 delegates already confirmed for the meeting. “With six weeks to go, we are on target to equal or surpass last year’s attendance,” he said, adding that next month’s event is shaping up to be “another incredible opportunity to kickstart the region’s marketing efforts for 2018 and beyond.”