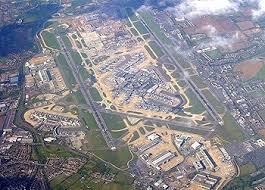 2017 is a record for London Heathrow Airport

London Heathrow Airport had a record year in 2017. The airport released some numbers today.

“Heathrow had its best year ever in 2017 helping to strengthen the British economy as the country seeks to redefine its role in the world. Our colleagues welcomed 78 million passengers and supported the delivery of record volumes of British trade to markets around the world. We’re looking forward to continuing to deliver for Britain in 2018 as we progress our expansion plans.”