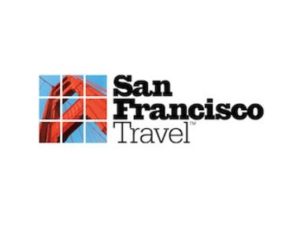 The San Francisco Travel chair presides over the board of directors and the executive committee. Gamez will direct and guide policy at all meetings involving partners of San Francisco Travel, the executive committee and the board of directors. Gamez succeeds Melinda Franklin, United Airlines’ Managing Director, Corporate and Government and Public Affairs, Western Region.

Speaking as incoming chair, Gamez said, “What a time to be leading this incredible organization, and what a time to be a San Franciscan. Our city is growing and changing before our eyes. In a few weeks, we’ll swear in our city’s first African-American woman mayor. There’s a new arena taking shape in Mission Bay, which I assume will have plenty of room in the rafters for yet another Golden State Warriors championship banner. The tallest building on the west coast now stands over us, and a brand-new subway is being built under us. Just look around you. Today, we’re sitting in one of the most exciting and most essential civic projects in San Francisco’s history: The Moscone Center expansion…When we celebrate the project’s completion on January 3, Moscone Center will be more than functional; it will be extraordinary. This facility will be an industry leader in the way that it supports and coexists within its community, and a textbook example of how big ideas can become a better reality.”

San Francisco Travel President and CEO Joe D’Alessandro talked to the audience of more than 1,000 hospitality industry leaders about the challenges ahead, saying, “It’s time to be as creative with our social service programs as we are with our technology. It’s time to take our legacy as a city that comes together to fight for what’s right beyond celebrating the anniversary of the Summer of Love and putting those values of collaboration, of risk-taking, and of a community’s responsibility to itself front and center in everything we do…It won’t be easy. It won’t be quick. But it is absolutely essential. We have a beautiful, unique, and inspiring city to defend. Let’s vow today to start the hard work of making sure that San Francisco really is a place where everyone is always welcome.”

The keynote speaker was Daniel Lurie, founder and CEO of Tipping Point Community, a nonprofit that aims to break the cycle of poverty in the Bay Area and has raised more than $200 million to support the most effective front-line interventions in education, employment, housing and early childhood development. Last year, Tipping Point made a bold commitment to reduce chronic homelessness in San Francisco by 50% in just five years. And, after the historic fires broke out in Northern California, Lurie raised more than $33 million for Tipping Point’s Emergency Relief Fund, established to support the low-income communities hit hardest by the fires in Napa, Sonoma, Mendocino and Lake Counties.

The 2018 Crystal Bridge Award, given to honor major convention customers that bring outstanding events with significant impact for San Francisco, was presented to SPIE, the International Society for Optics and Photonics, in recognition of their long time commitment to San Francisco. SPIE has held their annual conference, Photonics West, at Moscone Center since 2010, including during the Moscone expansion. Their 15,500 attendance in 2010 has grown to more than 20,000 for 2018. SPIE has currently has commitments to San Francisco and Moscone Center through 2032. The award was accepted Jeff Kahn, SPEI senior accountant and event contracts manager.
.
Since 1965, San Francisco Travel has presented the Silver Cable Car award to an individual or organization that has made a significant contribution to San Francisco’s visitor industry. Past recipients have included: The San Francisco Fire Department and the San Francisco Police Department; producer Carole Shorenstein Hays; the San Francisco Giants; the San Francisco Pride Celebration; Steve Silver, creator of “Beach Blanket Babylon;” and the California Academy of Sciences.

Gamez presented the 2018 Silver Cable Car Award to the Presidio Trust, saying, “This year, San Francisco Travel is proud to honor one of the oldest attractions in San Francisco. It’s quite literally where the city began. For centuries, the Presidio was a military installation. Now, it’s a national park that inspires cities all over the globe with its innovative strategy of transforming public spaces into centers of art, recreation, and education. It welcomes seven million visitors annually, to say nothing of the locals who regularly flock to its lawns, trails, museums and restaurants.

Like the explorers who first settled it, the team at The Presidio Trust are pioneers and our city is all the more beautiful because of the chances they took. They created a place that makes our city greener, healthier and even more welcoming.” The award was accepted by Presidio Trust Chief Executive Officer Jean Fraser.

NEWER POST47th SKAL Asia Congress opens with a bang in Macau
OLDER POSTBrexit impact on UK hospitality and events industry – the good and the not so good
RSS Error: https://travelwirenews.com/rss/ is invalid XML, likely due to invalid characters. XML error: Invalid document end at line 10, column 5