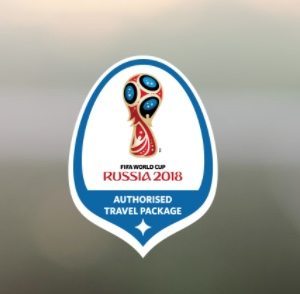 As any real football fan knows, nothing beats actually being at a match, most especially a World Cup game.  Being at the World Cup is being part of history, regardless of who we support.

The beautiful game puts on a global event every four years that brings the world to a standstill for over a month. Depending on where you are in the world, watching it in the middle of the night or trying to sneak watch it at work, nothing, absolutely nothing, comes close to actually being there watching the action live.

We wait four long years, anxious to see who qualifies, eager to see who doesn’t qualify, and then with fingers crossed to avoid tough groups that could send us home early, we wait for the group draws.

For the fortunate fans who actually get to go to a World Cup, it is a major trophy trip and must-see, must-do footballing experience.

Even if your team does not lift the trophy, just being there live is easily a once in a lifetime experience for any football enthusiast.

This year Russia is hosting the 2018 FIFA World Cup, and the bun fight is on to snag match tickets. Especially for games in Moscow and St. Petersburg for the semi-finals and the final.

But I learned this week of a much easier, smarter way of attending the world’s most sought-after sporting event. And it’s not paying through the nose for secondary market seats. 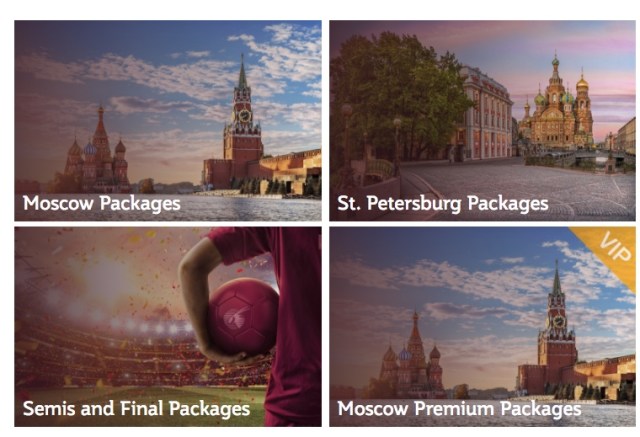 The five-star airline, Qatar Airways, an official partner of FIFA’s 2018 World Cup, has just announced a diverse range of really outstanding, all-inclusive packages, and they really are inclusive. Packages start from  $2945 USD and include flights, VIP transfers, hotels, visas, match tickets, and if you want to tour around while in Russia, some excellent, optional sightseeing tours. Not to mention it is seamless, easy planning and purchasing at the Qatar Airways’ Holiday website. You will completely avoid the scramble of sorting out flights, hotels, match tickets, and importantly, mucking about with visas on your own.

This really is one-stop, whip your credit card out and you’re done shopping, through one of the world’s top airlines. With access to tickets you probably cannot find anywhere else, including the coveted semi-finals and the final. For the nimble and the quick, it means crossing something major off their bucket lists.

These packages, which are able to be customized, were announced last week and are on sale through January 31, 2018, or until sold out.  I suspect ‘sold out’ will occur well before the end of the sales period, these ticket inclusive packages will go like proverbial hotcakes. So, don’t hang on if you want an official, inclusive World Cup travel package through an official partner of World Cup. All packages are completely authorized and sanctioned by FIFA.