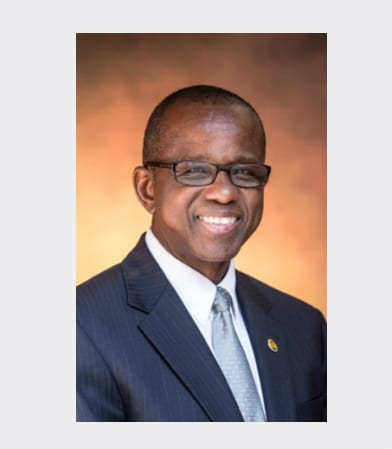 Secretary General of CTO: Critical role of the Caribbean in tourism

On Friday, October 5, 2018, at the Atlantis Resort, Paradise Island, in the Bahamas, the Secretary General of the Caribbean Tourism Organization, Hugh Riley, thanked the head table and other dignitaries and media for coming to the State of the Tourism Industry Conference (SOTIC) and delivered the following opening remarks at a news conference:

Let me first of all, publicly thank my colleague ministers for placing their faith in me by electing me on Tuesday as chairman of the Caribbean Tourism Organization. I’m humbled by their confidence, yet excited about the opportunity to help guide such an important regional institution for the next two years.

I’m also excited at the prospects for the CTO and the critical role it can play in unifying the Caribbean, not simply as a tourism destination, but as a people destined for greatness.

I’m convinced that a well-supported, well-funded, CTO can take its place alongside other venerable institutions to lift the people of the Caribbean to incredible heights that are attainable but not yet achieved.

The organization’s leadership in tourism and its contribution to the development of our human resources will help drive strong economies and build reliable, competent and productive workforces and Caribbean populations that are ready to face an ever-changing global environment.

The CTO’s leadership was on full display this week through the experts we brought together to share insights into how we can better build a lasting and sustainable tourism sector that will benefit every individual, every community, every country in this region.

We dared to challenge the region to build better, not just the infrastructure, but the entire industry. We explored applicable recommendations for the use of technology, not only to improve the visitors’ experience, but our lot as a people. We boldly tackled controversial issues such as commoditizing our cultures without exploiting them and embracing the Caribbean as a region of roots.

We brought these issues to the forefront not because they’re popular, but because we are convinced they must be successfully addressed sooner rather than later, if we are to truly build a Caribbean tourism industry for the future.

And there’s no better way to shape the future than to involve our young people. There isn’t a single person among those who were in the room for yesterday’s youth congress, or among the approximately three thousand people who watched it live on the CTO Facebook page, who will disagree with me when I say we have some of the most creative, imaginative and smartest young people anywhere.

They are the ones who will be challenged to continue building the tourism industry on the foundation that has been laid by today’s leaders and yesterday’s pioneers. Based on the strength of their performances yesterday, I’m confident that the future of tourism is bright.

In this context, allow me to congratulate the youth congress winner, Jamaica’s Bryanna Hylton, as well as St. Maarten’s Kiara Meyers and Caroline Pain of Martinique, who placed in the top three.

I know you’d also like an update on our The Rhythm Never Stops campaign; I’m happy to advise that the campaign will be launched this coming Monday, thanks to the public- and private sector stakeholders who contributed to this important first phase.

On the region’s tourism performance, it has been a tale of two situations. On the one hand, we have robust growth in countries that were not affected by last year’s hurricanes.

On the other, we have seen dramatic decreases in arrivals to those hit by the storms, although the performances of these countries are steadily improving.

Of the 22 reporting destinations, 13 of them registered increases in tourist arrivals during the first half of the year, ranging from 1.7 percent to 18.3, while seven recorded decreases of between a negligible -0.3 percent and 71 percent.

The top performing destination during this period were Guyana at 18.3 percent, Belize at 17.1 percent, the Cayman Islands at 15.9 percent, and Grenada at 10.7 percent and the Bahamas at 10.2 percent.

These individual results substantiate the regional messaging of the openness of the destinations for business and the confidence in destinations to deliver quality experiences.

The performances of the key source markets varied considerably, with some destinations recording strong growth, while others registered declines.

In the US market, for example, while Jamaica reported growth of 8.4 percent, the Dominican Republic was up by 6.3 percent and 11 other destinations achieved growth, six of which were by double digits, the Caribbean received Seven million visits from the US during the first half of the year.

This was a 15.8 percent decrease when compared to the corresponding period last year, due mainly to a 54.6 percent fall in arrivals to Puerto Rico and decreases in arrivals to Cuba.

On the other hand, there was a new record in arrivals from Canada for this time of year, with 2.4 million overnight international tourists, representing a 4.7 percent increase.

Arrivals from Europe also increased, though marginally at 0.3 percent, with three million tourists visiting the Caribbean during the first half of the year.

Belize led the way with 24.3 percent growth, followed by Guyana at 9.4% percent, Curaçao 6.2 percent and Saint Lucia at 4.5 percent. However, overall growth was impacted by steep falls in arrivals to Anguilla, Puerto Rico and Bermuda.

There was also a marginal decline of 0.5 percent in cruise visits, although there are signs of improvement. Of the 23 reporting destinations, 15 realized improvement upon their 2017 performances with Trinidad & Tobago registering increases of 166 percent, St. Vincent & the Grenadines up by 84 percent and Martinique at 54.7 percent, leading on growth rates.

However, this was countered by declines of nearly 90 percent in the British Virgin Islands, Dominica was down by 88.4 percent, St. Maarten down 27.5 percent, and the US Virgin Islands decreased by 22.5 percent. Puerto Rico, though hurricane-impacted, posted a 1.1 percent increase during the period.

The region’s competitive advantages of a diverse tourism product and safety and security are still intact. Destinations are rebuilding, and new tourism products and services are being restored daily in the destinations impacted by last year’s hurricanes.

Our research department anticipates an overall decline of between three and four percent this year, but predicts a 4.3 percent increase next year.

Cruise, on the other hand, is projected to grow by five percent to six percent this year.

Let me take the opportunity to thank Minister Dionisio D’Aguillar, director general Joy Jibrilu and team at the Bahamas ministry of tourism, as well as our own CTO staff for working so hard to pull off a wonderful State of the Tourism Industry conference, and I thank you for your participation.