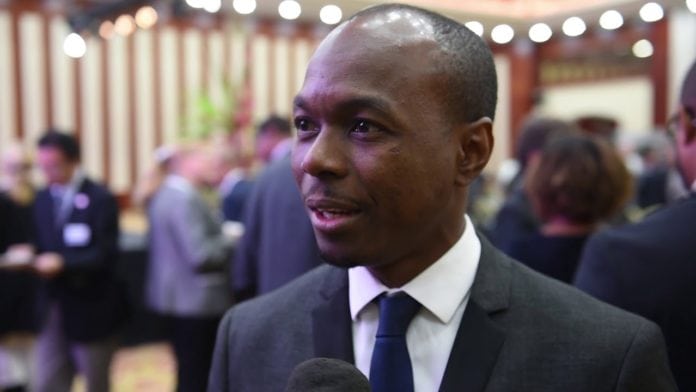 Saint Lucia has been voted in as chair of the Caribbean Tourism Organization (CTO), with the election today of its minister of tourism Dominic Fedee, ending the 2-year term of the Bahamas, which ascended to the position in Barbados in 2016.

His election took place late this evening at the Atlantis Resort on Paradise Island where the CTO held its annual general meeting ahead of the official opening of the State of the Tourism Industry Conference (SOTIC).

Following his election Mr. Fedee said he was humbled and proud that his colleagues had placed their trust in him. The new chairman also stated: “We have an opportunity to advance the strength of our collective purpose. We have to spare no effort to use our collaboration at the CTO level to help to advance the wider integration movement and the CTO can be seen in the same ilk as West Indies cricket and the University of the West Indies as success stories to unite the Caribbean further.

“The Caribbean is one of the strongest and one of the most iconic and aspirational travel brands in the world but also it is the most underutilized and the opportunity exists for us to ensure that we utilize the strength of the brand for the collective good of the destinations of the Caribbean.”

The Saint Lucian minister has named Tiffany Howard, the acting chief executive officer of the Saint Lucia Tourism Authority, as chairman of the CTO board of directors, since, according to the CTO constitution, the board chairman and the chairman of the Council of Ministers and Commissioners of Tourism must come from the same member country.

Today’s vote was in keeping with the CTO constitution which mandates that elections must be held every two years and that the chairman cannot serve consecutive terms.

This year’s conference at the Atlantis Paradise Island Resort is organised in collaboration with the Bahamas’ ministry of tourism and is sponsored by the Martinique’s Aimé Césaire International Airport, Cititech Solutions, JetBlue and Delta Air Lines, with support from American Airlines, Bahamas Air, Caribbean Airlines and InterCaribbean Airways.

View a short video clip of the new chairman here.