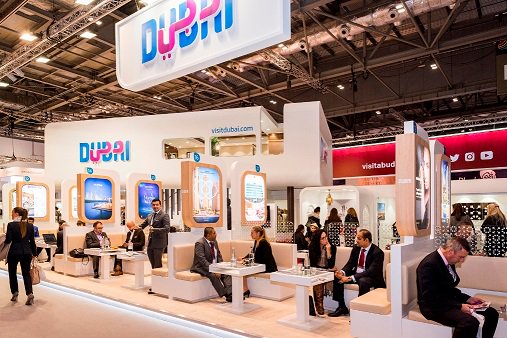 Gastrodiplomacy in Jordan, plans for Expo 2020 in Dubai, opportunities in Africa and the latest travel trends for the region were all hotly debated topics in the Middle East & Africa Inspiration Zone on Day Three of WTM London – where Ideas Arrive.

Increased security, rising demand and growing competition in the Middle East and Africa region is opening up tourism, according to Euromonitor’s Travel Trends research.

Senior analyst Lea Meyer told the audience at the Middle East & Africa Inspiration Zone inbound arrivals are expected to record a compound aggregate growth rate (CAGR) of 6% between now and 2023, making MEA one of the fastest-growing regions, second only to Asia Pacific. In the same time period, MEA is set to be the second fastest growing region in terms of disposable income.

Tunisia is expected to achieve a 3.5% CAGR between 2018-2023, largely due to the return of traditional European tourists, the country’s main source market. Saudi Arabia is forecast to achieve a CAGR of 7.4%. For the first time in 2018, Saudi Arabia issued tourist visas, as part of its strategy of boosting international visitor figures.

The audience was also given a snapshot of the latest developments for Expo 2020, the hugely anticipated mega-event taking place in Dubai in two years’ time.

Expo 2020 will open on October 20 for six months, closing on April 10, during which time 25 million people are expected to visit.

Laura Faulkner, UK commissioner, Expo 2020 Dubai, described the event as “the largest event on earth. The Olympics of tourism”.

The UK is among 180 countries that will have a presence at Expo. Visitors to the UK area will be able to visit ‘a pavilion that will speak to the world’, called the Poem Pavilion, where people will be asked to submit a word in any language which will then be put together with other submitted words using Artificial Intelligence to write poems. The words will be projected onto a wall of light visible throughout the Expo site.

“Poetry is part of the DNA of the UK and also part of the Arabic culture. We will see it become part of a never-ending digital legacy,” said Faulkner.

There has been much talk about the ‘African Century’, in which the region realizes its full economic, cultural and sporting potential, yet rising debt in some nations is stunting growth. Tourism is a key driver of success, the Inspiration Zone heard.

Belise Kariza, chief tourism officer, Tourism and Conservation Department at the Rwanda Development Board, explained how “community empowerment” and addressing safety and security concerns have been key to putting Rwanda on the tourism map.

Cathy Dean, CEO of Save the Rhino International, said countries often shy away from talking about their conservation challenges for fear of frightening tourists away, but they should be more open.

“Make your tourists aware of the issues – believe me you will take them with you. You won’t turn them off,” she said.

Gillian Saunders, special adviser to the Minister of Tourism in South Africa, said one of the biggest opportunities for tourism growth around the continent is inter-African tourism.

“We get bogged down with international figures, but one of our biggest opportunities has to be inter-African tourism. We have great airlines, but inter-connectivity on our continent is horrific. We’d get more tourists if we liberalized airlift and opened up by-lateral agreements. We also need to invest in sustainability, responsible tourism, safety and security as well as marketing and promotion.”

Four inspirational people who have done their bit to change the world we live in for the better –Fiona Jeffery OBE, founder of Just A Drop; Paras Loomba, founder of social impact tourism enterprise Global Himalayan Expedition, which provides energy and education access to remote off-grid communities in Ladakh, India; Ben Morison, founder of the Flipflopi Project, building a 60ft sailing dhow entirely from plastic waste collected from beach clean ups in Kenya and Holly Budge, founder of How Many Elephants, which educates people about the devastating impact of the elephant ivory trade – shared their experiences in the Middle East & Africa Inspiration Zone.

Fiona Jeffery said: “I would like everybody to do something, to act on a sense of responsibility and to make a difference. Just a Drop does not do it alone. We need support of our corporate partners to make it happen. Together we are all making a difference.”

Meanwhile, World Food Travel Association founder Erik Wolf detailed how food and drink can be used as tools to foster understanding and even peace, while Jordan Tourism Board managing director Dr Abed Al Razzaq Arabiyat shared insight into how his country is leading the way in ‘gastrodiplomacy’.