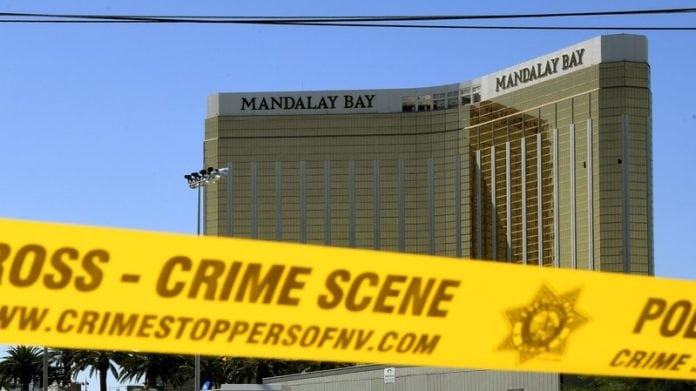 #VegasStrong was the message in October. The entire travel and tourism industry demonstrated sympathy with the victims, with Las Vegas tourism and MGM Resorts.

It was one of the biggest deadly shooting and murder attack in the United States. It happened in Las Vegas at the Mandalay Bay Hotel, an MGM Resorts International.  After the attack on October 17 during a press conference at the IMEX Trade Show in Las Vegas  MGM went all out to demonstrate compassion. The message to the public by the MGM Chairman was: We’re heartbroken, but we’re not broken.  This was in October 2017.

IMEX is the largest Meeting and Incentive Trade Show in the United States and is held in Las Vegas every year.

Now MGM, the same company that demonstrated compassion with hundreds of victims at the shooting lost their compassion is blaming the same victims. MGM filed lawsuites  in many jurisdictions around the United States with the attempt to find a judge sympathetic with MGM, and unsympathetic to those that got hurt that night. How did it come to this?

In October 2017 the Mandalay Bay Resort in Las Vegas, an MGM Resort,  allowed a violent killer to check in with dozens of suitcases full of weapons and ammunition. This killer could use his Mandalay Hotel room to shoot at hundreds of innocent guests attending a concert on the MGM concert grounds close to the hotel. All deadly shots were fired from within the hotel in the killers’ hotel room facing the concert venue.  58 innocent people lost their life and the travel and tourism industry in Las Vegas was on edge.

MGM has sued hundreds of victims of the deadliest mass shooting in modern U.S. history in a bid to avoid liability for the gunfire that rained down from its Mandalay Bay casino-resort in Las Vegas.

The company argues in court cases filed in Nevada, California, New York and other States this week and last that it has “no liability of any kind” to survivors or families of slain victims under a federal law enacted after the Sept. 11 terrorist attacks.

The lawsuits target victims who have sued the company and voluntarily dismissed their claims or have threatened to sue after a gunman shattered the windows of his Mandalay Bay suite and fired on a crowd gathered below for a country music festival.

MGM says the 2002 law limits liabilities when a company or group uses services certified by the U.S. Department of Homeland Security and mass attacks occur. The company says it is not liable because its security vendor for the concert, Contemporary Services Corp., was federally certified at the time of the Oct. 1 shooting.

What MGM is overlooking is that security in the hotel was not certified by Homeland Security, and the shooting was conducted from within the hotel.

MGM claims the victims — through actual and threatened lawsuits — have implicated CSC’s services because they involve concert security, including training, emergency response, and evacuation.

“If defendants were injured by Paddock’s assault, as they allege, they were inevitably injured both because Paddock fired from his window and because they remained in the line of fire at the concert. Such claims inevitably implicate security at the concert — and may result in a loss to CSC,” according to the MGM lawsuits.

CSC’s general counsel, James Service, told The Associated Press on Tuesday that it doesn’t comment on litigation involving the company or a third party.

MGM wants a court to declare that the U.S. law “precludes any finding of liability” against the company “for any claim for injuries arising out of or related to this terror attack.

Brian Claypool, an attorney who was at the music festival during the shooting, called the lawsuits a “hypocritical maneuver” that will turn into a “public relations nightmare for MGM.”

The casino operator’s move, saying the company is filing complaints nationwide in search of a sympathetic judge. He told AP he has been flooded with calls from victims.

“This is absolute gamesmanship. It’s outrageous. It’s just pouring gasoline on the fire of (the victims’) suffering,” Eglet said. “They are very distraught, very upset over this. MGM is trying to intimidate them.