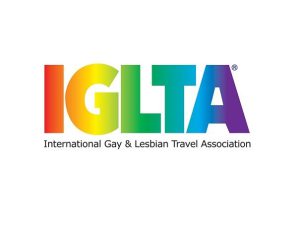 IGLTA hosts most successful convention in its 35-year history

“The numbers clearly show that after 35 years, our convention is not only more relevant than ever, but also that the desire to engage and support LGBTQ travelers is expanding across the globe,” said IGLTA President/CEO John Tanzella. “Our participants include the thought leaders of our market and will help IGLTA to advance LGBTQ travel globally throughout 2018 and beyond. I’m so proud of the content we shared and the connections that were made this year in Toronto, our incredibly warm and inclusive host city.”

Among the highlights: Michael Kajubi, a gay tour operator in Uganda sharing his personal experiences on the ground in a country known for homophobia; Drew Cumpson, a ventilated quadriplegic gay man educating the industry on accessibility in travel; and in-depth looks at global travel data and trends, the intersection of human rights and tourism and responsible travel.

Voyage, the IGLTA Foundation benefit held at the Fairmont Royal York during the convention and presented by Disney Destinations, raised more than US$40,000 for education, research, and developing the next generation of LGBTQ travel professionals, making it the most successful IGLTAF fundraiser to date. The event included an interview with Sharon Gless, Gale Harold, Peter Paige and Scott Lowell from the American-Canadian production of Queer As Folk and the presentation of IGLTA’s highest honor, the Pinnacle Award, to The Right Honourable Justin Trudeau. Randy Boissonnault, Member of Parliament for Edmonton Centre and LGBTQ2 Liaison to Trudeau, accepted the award on the Canadian Prime Minister’s behalf.

“With 40 countries represented, Toronto welcomed the world for IGLTA’s Annual Global Convention—a true passion project for all of us both times the convention has come to Toronto,” said Johanne Bélanger, President & CEO of Tourism Toronto. “Toronto is one of the most welcoming and inclusive cities in the world and that sense of welcome was on full display during IGLTA. On behalf of Tourism Toronto and all of our partners, congratulations on a spectacular 35th convention.”