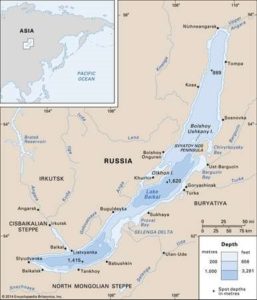 The most important autumn-winter Russian tourist fair Otdykh is pleased to welcome two new participants from the CEI: Republic of Buryatia and Omsk Region. Both have a great deal of offers to the tourist that want to meet a different experience in their countries.

Buryatia, the land of the “Pearl of Siberia”

The economic future of the republic is connected with its stable development and rational use of unique natural complex of Lake Baikal. One of the most important ways of social and economic development is tourism. Buryatia has a significant share of the most attractive natural historic and cultural resources in Eastern Siberia. The largest center for tourist attraction is Lake Baikal, nicknamed “The Pearl of Siberia”, and the unique culture of people of Buryatia with monuments of world importance.

The Republic of Buryatia is situated in the center of the Asian Continent extending from the forests of East Siberia to the wide steppes of Mongolia. The capital city is Ulan-Ude

Lake Baikal is located almost in the center of Asia. Its length is 636 kms, width between 79,5 – 25 kms. The area of reservoir of Baikal with 23,000 cubic km, makes it the 8th world fresh water reserve, approximately equal to the area of Belgium (31.500 sq.km.) It is also the deepest and most ancient lake in the planet, nearly 25 million years. The maximal marked depth of Baikal is 1637 ms. The hollow of the lake may contain all water of the Baltic Sea or waters of all of the five Great Lakes of North America.

The purest water on Earth

The water of Baikal is notably for its unusual purity and transparency, and its quality corresponds to the best standards of pure potable water. The white disk of Sekka that is used to determine water transparency can be seen in Baikal up to 40 meters deep, whereas the transparency of the Caspian sea is not more than 25 meters. Even the famous Alpine lakes are inferior to Baikal`s water transparency.

With a length of coastal line nearly 2000 kms, 60% of it on Buryatia, the Republic has in the lake an enormous tourism potential and its effective usage can satisfy the requirements in spa treatment, tourism from Russia and abroad, Europe and America; with unique possibilities for organizing a network of sanatoriums and health resorts. One of the favorable factors for such projects is the rich nature of Baikal and numerous curative springs which can treat lots of diseases. This fact is sufficient for creating a highly profitable tourist complex in Buryatia as one of perspective sectors of the republic’s economy.

Baikal was given the status of ” the part of the World heritage ” of UNESCO. Since the economy on Baikal is limited by the current legislation of Russia, one of the main directions of the economic development is ecologically safe tourism. Baikal and adjoining territory at present are the largest tourist region of Eastern Siberia attracting visitors from Russia and foreign countries. So, tourist market on Baikal is developing and its tendencies are being studied for the last years. There are more than 50 enterprises and organizations in the Republic working on tourism sector. Priybaykalski, Barguzinski, Kurumkanski, Kabanski, Tunkinski and Okinski districts are the most perspective for tourism.

A modern airport, the Trans-Siberian Railway, the Baikal-Amur Railway and the federal highway R258 (M55) “Baikal” Irkutsk-Chita, create conditions for developing an integrated transportation network connecting Buryatia to Russian regions and European countries but also to the South Eastern countries. 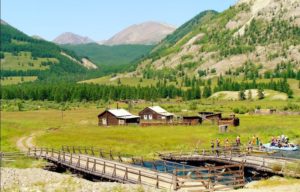 Buryatia is one of the most ecologically clean regions of Russia and one of the most promising tourism regions with favorable geographical location, rich histoyl, culture & resources, & the popularity of Lake Baikal.

The great variety and endemism of animals and plants is unique in Lake Baikal. Today has 2565 species and subspecies of animals and 1000 of water plants, 23 endemics. Such variety is unmatched among all ancient and Great Lakes of the world. Considering that annually more than 20 species of invertebrate animals are described for Baikal, specialists think that there more than 1500 species in Baikal have not been researched yet.

Omsk Oblast (Omskaya) is located in the south of the West Siberian Plain, in the middle reaches of the Irtysh River, with steppes in the south, turning into forest steppes, forests and marshy tundra in the north. The territory of the region stretches for about 600 km from north to south and 300 km from west to east.

On the territory of the Omsk region, there are 35 areas with protected area status (PAs), regional and local importance. Omsk Oblast is home to more than 20 game reserves and a true paradise for lovers of hunting and fishing. For the interested in history, there are ancient settlements and villages, burial mounds, religious monuments and tombs and the historical sites of Chudskaya Mountain, Batakovo Tract.

Monuments of history and culture describe Oblast’s origins, the traditions of the multi-ethnic culture, its varied material heritage, examples of Siberian architecture and urban art. The region’s spiritual wealth is reflected in the architecture of the temples from different religions. Travelers can visit the Krestovozdvizhensky, Nikolsky, and Khristorozhdestvensky Cathedrals, the Uspensky Cathedral and the Siberian Great Mosque. 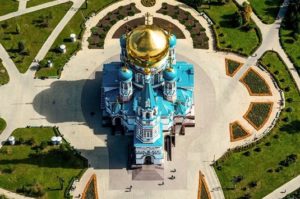 Dendrological gardens, Omsk City park and Komissarov gardens have unique species of trees and are among the best arboreta in Western Siberia. Bolsheukovsky District has an abundance of forests and swamps where you can touch living history and test your strength: walk along the Siberian chain-gang route used in the 18th–19th centuries on the preserved section of the Moscow-Siberia Tract.

The village of Bolsherechye is famous for its zoo and unique Ancient Siberia historical and cultural museum-reserve. Every year the fairytale Belovodye ice town opens in Omsk. Magnificent ice sculptures are created. In 2014 the town, consisting of 171 ice figures, entered the Russian Guinness Book of Records. Omsk hosts important Russian sporting events: the Siberian International Marathon (SIM) and the Christmas half marathon. The SIM is one of the three biggest marathons in Russia in terms of runners who finish the 42.195 km. route, while the half marathon is held over long distances in low temperatures. 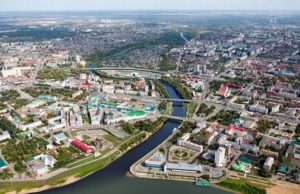 Before the collapse of the URSS, Omsk was known as the “Garden City”, “City of Youth” and “Science City.” Today is a major industrial center with companies of different industries, including aerospace and defense.

The capital city of the region is Omsk, one of the largest cities in Russia and the second in Siberia after Novosibirsk. Founded at the confluence of the rivers Irtysh and Om in 1716, it was a fortress defending the southern border of the country. The main development of the city occurred in the 20th century. During the Second World War, about 100 industrial plants were evacuated from the European part of the USSR to Omsk to escape from the Nazi army. They became the basis of the local engineering industry. In 1949, the first refinery in Siberia was constructed in Omsk. In 1954 during development of virgin lands, several large agricultural enterprises were built in the southern part of Omsk. By the 70s, the region became one of the most economically developed regions of Siberia.

A curious sight for the traveler is the architecture of Omsk, mainly by Soviet-built multi-story buildings like the apartment buildings known as “khrushchevki” on Marx Avenue, or the “House with a spire”, Stalin-era building at the intersection of Karl Marx Avenue and Maslennikova Street. The main central street in Omsk is still named Lenina Street.

Perhaps the most intriguing face of Omsk for the visitor should be the mysterious energy-giving village of Okunevo with its system of five lakes, one of which is mythical. After a five-hour bus run in taiga, the remote village of Okunevo seems to guard the ruins of an ancient temple. In 1993, followers of Indian Prophet Saya Sai-Baba arrived on the town, and since then and after the discovering of strange remnants, from surprising coincidences made the village one of the biggest centers of pilgrimage in Siberia, with temples devoted to Shiva and Krishna, but also to ancient Slavic gods and to Old Believers’ cult. 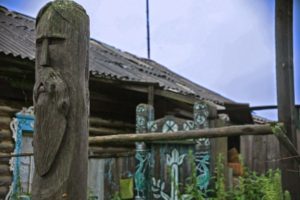 Petroglyphs attributable to the third millennium BC culture of Okunevo were found by archaeologist Karl Jettmar in 1987. Following Lyudmila Sokolova’s results in The Journal of Indo-European Studies, this fact would be a rather evidence of the theory that sacred Vedas’s Gods descended towards India, along with the so-called Aryan peoples, moving from the Siberian lands where emblematic river Tara flows (whose name, in India, means “Goddess of Mercy”).

Something else increased the thrill: elongated humanoid skulls, shortly disappeared after the discovery due to a suspected KGB’s blitz (two similar examples survive in the ethnographic museum of the nearby town Muromtsevo). Evidences of ancient Gods? Expert analysis of the Linevo’s, Shuchye’s, Danilovo’s and Shaytan’s lake water – each of them not more than 30 kilometers far from the village but reachable on foot -, show a meteoritic origin chemical composition, so it should not surprise that swimming in their pools produces incredible benefits to the skin, thyroid or into the treatment of joint problems. 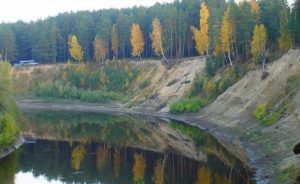 So, what happens in Okunevo? Students of Sathya Baba believe that all of this comes from remnants of ancient civilizations. So far experts in paranormal activity put forward other hypotheses to explain the existence of anomalous zones there, flying objects, and more. The idea suggests that Okunevo was a kind of base spacecraft, the envoys of extraterrestrial civilizations. According to the scientists of the capital, near the Okunevo may exist channels “spillover” of energy and information from parallel worlds. That is the cause of the signals in the form of vibrations, UFOs, which have a certain range, and strange music to be understood as the message of those worlds. But until today, those messages are waiting for their decryption.

Photos courtesy of the Bureau of Tourism of Buryatia and Omsk