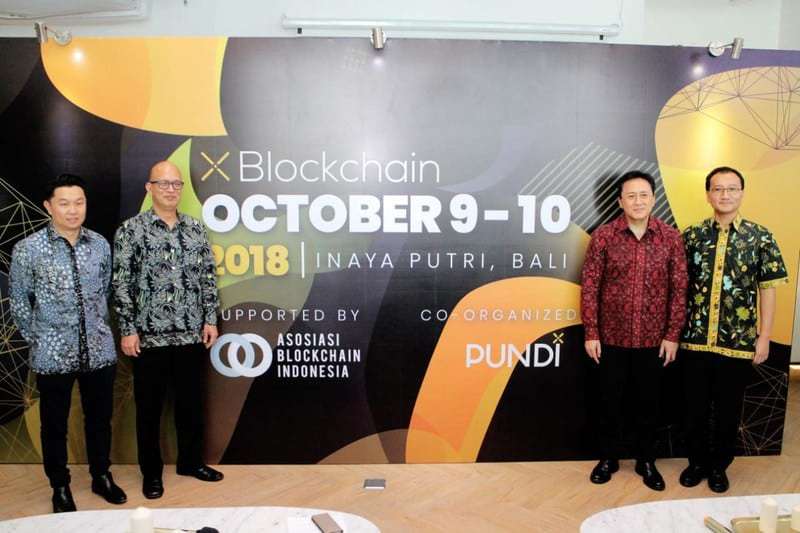 The summit will see the biggest names in the industry, with confirmed speakers and attendees include a mix of regional and international leaders and innovators in blockchain technology, such as:

More speakers from Indonesia, America, Europe and North Asia will be announced closer to the event.

Over the past few years, global financial technology investment in Asia has exponentially grown from US$ 880 million in 2014 to an average of US$ 8.5 billion from 2016-2017, with plenty of attention going to blockchain technology. In fact, Indonesia’s public and private sectors have begun looking at blockchain to help to build trust and facilitate greater productivity and efficiency out of Southeast Asia’s largest economy.

The launch of the XBlockchain Summit this year is more than timely, coming as the Indonesian government dedicates a team to explore how blockchain can disrupt and develop the country’s financial industry and private sector organisations also looking to boost their productivity through adoption. Organized by XBlockchain,  a group committed to building Asia’s most influential blockchain platform and co-founded by leading Indonesian fintech and blockchain expert, Constantin Papadimitriou, the Summit is inspired by the concept of open innovation and promote the implementation of blockchain technology. It boasts of a wide network of connections, spanning local and international blockchain landscapes, from individuals to developers, businesses, startups, investors, and government organisations.

“The world is looking at Asia as a major driver for innovation and growth within the digital landscape, particularly in the blockchain,” said Constantin Papadimitriou, the co-founder of XBlockchain and President of Pundi X. “A lot of the talents and new technology applications come from countries within this region and we are excited to be able to bring to the world all the fresh ideas, real world implementations and the best people in one big gathering.”

The first ever XBlockchain Summit will host more than 40 sessions, 70 speakers, and an estimated 1,000 attendees from 30 countries.

“A large archipelago like Indonesia will definitely benefit from the exchange of ideas and showcase of initiatives during the XBlockchain Summit. Various sector and industries, especially the creative industry will find benefit in the opportunities that digital disruptions, particularly blockchain solutions, bring,” said Triawan Munaf, Head of The Indonesian Agency of Creative Economy (BEKRAF). “We at Bekraf are always open to explore new ways to facilitate the function of coordination within the creative industry and coordination among government agencies to be more efficient and effective. With the potential of adopting blockchain technology, it will open more opportunities in the future,” add Triawan Munaf.

Not only will the summit provide attendees with the latest information on fintech and blockchain, it will also highlight regional achievement through the first-annual XBlockchain Awards. From showcasing the best brands to top-of-the-line technology providers, consultancies, strategists, developers, and individuals, the Awards will definitely encourage digital players to keep capturing opportunities in the world’s fastest growing region in terms of digital innovation.

“Opportunities for blockchain are vast as the technology is rapidly adopted across various industries,” said Steven Suhadi, Chairman of Asosiasi Blockchain Indonesia. “From transforming transaction management across financial services to healthcare record, tax collection, supply chain financing and digital identity management, the XBlockchain summit will keep participants up to speed on the state of blockchain industry, technology development and regulatory frameworks.”