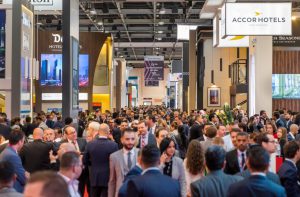 This year’s Arabian Travel Market, the leading global event for the Middle East inbound and outbound travel industry, celebrated its 25th anniversary in style with 39,000 travel, hospitality and tourism professionals from across the world, with previous records being broken across the board by the time the four-day show closed on 25 April 2018.

For the second year in succession, the numbers of attendees reached the 39,000 mark, indeed, the show has witnessed a 40% increase in visitors since celebrating its 20th year in 2013.

ATM 2018 also showcased the largest exhibition of local, regional and global hotel brands in the history of ATM, with hotels comprising over 5,000 square metres, 20% of the total show area.

ATM has grown to become the largest event of its kind in the region and one of the biggest in the world. The 2018 edition, on the theme of responsible tourism, boasted more than 400 main stand holders with over 100 new exhibitors making their debut. The number of countries represented at ATM 2018 totaled over 140. 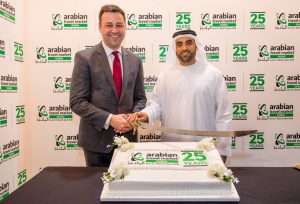 The show got off to an inspiring start, with an informative discussion on Hyperloop and future travel experiences in the region. The session explored the impact ultra-modern travel infrastructure will have on the tourism industry in the UAE and wider GCC over the next decade, as technological advances bring new and improved modes of transport to the market.

Michael Ibbitson, Executive Vice President (Infrastructure and Technology Dubai Airports), said: “Having both Dubai International Airport and Al Maktoum International Airport (DWC) as key stations on the hyperloop system is essential and could allow Emirates to effectively and efficiently work from both hubs.”

Muslim travellers will spend US$157 billion by 2020, driven by millennial travellers, with Saudi Arabia remaining the top outbound market, growing 17% over the next three years alone, to reach US$27.9 billion.

The first seminar, entitled ‘Halal Tourism – How far have we come?’, highlighted the growing importance of Muslim millennial travellers illustrated by the changing global socio-economic trends and underscored the potential pent up demand. While the second seminar, ‘Halal travel becomes mainstream’, discussed the key results of a new halal tourism survey carried out by Sociable Earth.

Commenting on the survey, in which 35,000 Muslim travellers participated, Ahmed, said: “The halal travel market has graduated from its niche status to become an industry-shaping force in its own right.

“It is clear that mainstream travel and tourism organisations will now have to become far more pro-active, if they want to attract increasing numbers of Halal travellers and tap into the potential of this massive market.”

Another of the highlights from the Global Stage was the inaugural Destination Investment conference entitled, ‘IHIF at Arabian Travel Market: What Drives Investment in Travel Destinations?’. Moderated by John Defterios, Emerging Markets Editor, CNNMoney, panellists including Antony Doucet, Brand Director, Concept Developer and Creative Mind, Kerten Hospitality International; and Erik Johansson, Director of Strategy Development and Investor Relations, Ras Al Khaimah Development Authority discussed what drives investment in travel destinations across the Middle East and its neighbouring regions, as well as who is investing, what assets they are looking for, and finally what destinations can do to attract investment.

This year ATM hosted its first Student Conference – Career in Travel – as part of its line-up of special focus events. The two-hour conference in the Showcase Theatre featured three interactive sessions including how to gain a career in the industry; developing tourism skills and employment opportunities in travel & tourism; and how to create a job in the travel and tourism industry.