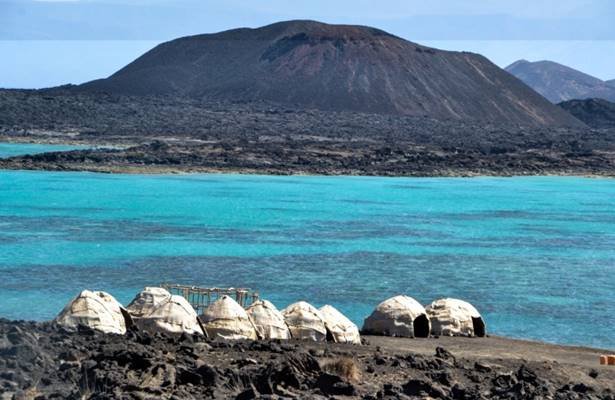 The tiny country of Djibouti has been dubbed one of the world’s least visited nations – but now it wants to change that status by exhibiting at WTM London – the events where Ideas Arrive.

Last year it celebrated the 40th anniversary of its independence from France, and is looking to develop its tourism industry as one of its growth sectors.

It is estimated that the country, bordered by Eritrea, Ethiopia and Somalia, attracts only about 73,000 arrivals each year – but it has a climate, landscape, history and beaches that will appeal to travelers worldwide.

However, its location also means it hosts several foreign military bases, and the British Foreign Office advises against all travel to the border with Eritrea.

Swimming with whale sharks is one of the highlights for tourists, while other activities include scuba diving, fishing, hiking and bird-watching. It also boasts remarkable geological landscapes with mountains, volcanoes, salt lakes and deserts.

International airlines which serve Djibouti include Air France, Turkish Airlines and Kenya Airways, while the capital Djibouti City has hotels from chains such as Sheraton and Kempinksi.

A spokesperson from the National Tourism Office of Djibouti said: “We are very happy to exhibiting for the first time in WTM London 2018 because it is the leading global event for the travel industry. It is a great opportunity for us.”

The spokesperson highlighted how travel publisher Lonely Planet had rated Djibouti fourth in its rankings of the top ten countries to visit in 2018, thanks to its dramatic landscapes and mix of land and water activities.

“Djibouti is what it always was, a trading post where different cultures and empires collide,” the spokesperson continued.

“A heady mix of African, Arabic and French influences give Djibouti City an exotic atmosphere and vibe.

WTM London, Senior Director, Simon Press, said: “We’re delighted to welcome another debutant to WTM London this year. It’s great that the Djibouti government is looking to tourism as one of the key sectors to boost its economy.

“WTM will help Djibouti with its aims, and ensure plenty of networking and business deals are facilitated during the event. WTM London now hosts 187 countries and regions and will facilitate more than £3 billion in industry deals

“Ideas Arrive at WTM London and we could soon see Djibouti as part of many tour operators’ programme.”