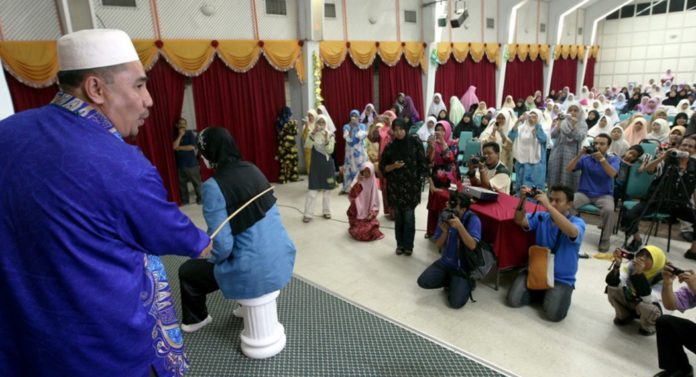 PATA Mart in Langkawi, Malaysia starts on Wednesday. PATA Chief Mario Hardy has been an outspoken supporter for LGBT Tourism. Malaysia is the host and major sponsor for PATA’s yearly flagship event. It waits to be seen if PATA Chief Mario Hardy will mention the human rights situation in Malaysia that justifies a response when the safety of travelers is an issue. It will be a test for PATA to be more than an organization doing events and praise those that sponsor such events. Tourism leaders like PATA must be a voice not only when everything is going great, but also when there is an urgent situation to change. This should be justified after recent disturbing developments in Malaysia.

In 2015 PATA CEO Mario Hardy signed a partnership with IGLTA, the International Gay and Lesbian Travel Association. On November 19,2015 Dr. Hardy said: “As PATA works for the responsible development of travel and tourism to, from and within the Asia Pacific region, it is important to recognize and inform our members that gay and lesbian tourism has a significant impact socially and economically across the globe. We are proud to support them in their activities, as PATA continually works to establish bridges for people of goodwill from all countries to access each other and empathize with each other.” 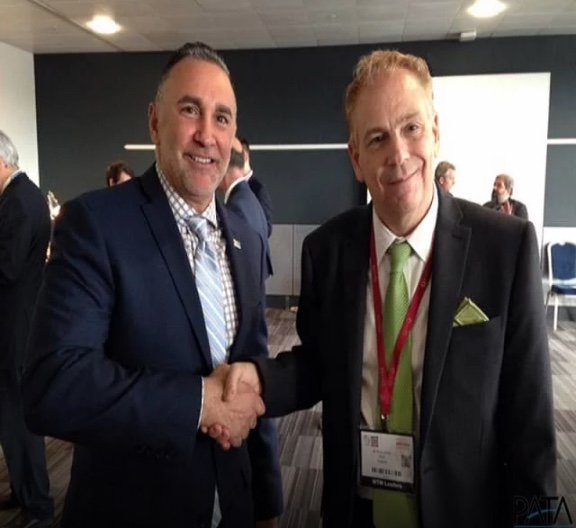 Tourism is important in Malaysia but may be not important enough to secure the safety of LGBT travelers.  One of the Malaysian States attending PATA Mart to promote tourism and secure investments in the travel & tourism field and attending the PATA Mart in Malaysia is Terengganu. Recently known for the unique ‘kitchen-by-the-beach’ concept eateries of Dapo Pata Uptown Kontena in Tok Jembal, Kuala Terengganu, are proving to be a hit with tourists. 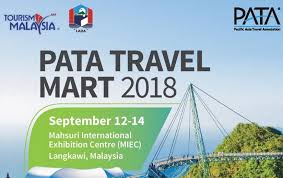 According to the Terengganu Tourism Office, Terengganu holds the charms and splendor from others state in Malaysia. Despite rapid development and modernization, it is as if time has stood still as the state retains all the rustic and idyllic charms so different from other tourist destination.

This charm includes two gay women to be caned. This is in response to a worsening climate for LGBT individuals in the Muslim-majority Southeast Asian nation and member of ASEAN.

Two women found guilty of attempting to have sex. In the first punishment of its kind the two women, aged 22 and 32, were caned six times each in the Terengganu sharia high court just after 10 am, carrying out the sentence.

This punishment shows the religious right “flexing their muscles and making clear that the laws against LGBT activity will be enforced in their state,” told Linda Lakhdhir, a legal adviser in the Asia Division of Human Rights Watch to CNN. Homosexual sex is illegal throughout Malaysia under the colonial era criminal law.

The punishment follows a raid last month on one of Kuala Lumpur’s only gay clubs, which saw around 20 men charged for “illicit behavior,” and a brutal attack on a trans woman in a city close to the capital.

Terengganu, formerly spelled Trengganu or Tringganu, is a sultanate and constitutive state of federal Malaysia. The state is also known by its Arabic honorific, Dāru l-Īmān.

The coastal city of Kuala Terengganu which stands at the mouth of the broad Terengganu River is both the state and royal capital as well as the largest city in Terengganu. There are many islands located close to the coast of Terengganu state, such as Redang Island.

Terengganu is one of Malaysia’s most homogeneous state along with Kelantan. More than 95% of the population is ethnically Malay, but there are other ethnic groups that live in the state as well including Chinese (mostly Hoklo), Indians (mostly Tamils), Siamese and Orang Aslis (Batek and Semaq Beri).

The Sultan is the constitutional ruler of the state of Terengganu. The State Constitution proclaims that the Sultan is “the Ruler and fountain head of all authority of government in the State and Territory of Terengganu”, the Head of the Religion of Islam in the state and the source of all titles, honours and dignities in the state. He is also vested with the Executive Power of the State. The hereditary Sultan of Terengganu since 1998 has been Sultan Mizan Zainal Abidin.

Terengganu is home to a diverse and close-knit society, where people are friendly and charm that exuberantly warmth and grace, with strong morals and values. People of different races share the bonds of neighborhood, a strong liking for local food and speak the same local dialect.

Besides, Terengganu is endowed with unmatched natural beauty. Having the longest coastline (244km) of wonderful beaches, the lush tropical rainforests, a hidden paradise unmoved by time and stunning islands with its tranquil emerald waters turn magnificently golden hues at the touch of the sun’s first rays. Terengganu is also rich with its customs and tradition, upheld through generations and visible in its way of life, its arts and handicrafts, its tradition culinary and its heritage. Terengganu is in a league of its own as a vibrant tourist destination.

The State today is a melting pot of old and news, set against the backdrop of Terengganu’s traditional poise and beauty, where progressive change is meshed with values that have dear for generation by the people.

Terengganu is truly a tropical gateway. In the land where nature embraces heritage, it will truly revitalize your senses. Welcome to Terengganu and discover splendours of nature, the diversity of tradition and the fascination of heritage. There is absolutely no place like Terengganu.

There were conflicting versions of how Terengganu got her name. Some correlated it to the finding of a canine tooth of an unknown origin at a river estuary by a group of hunters from aneighbouring state.  So it was said that the place they went hunting where the “Taring Anu” was found. Some believed the name derived from a very bright rainbow (ganu) seen by a group of travellers and proclaimed the land to be “Terang Ganu” (Bright Rainbow). Furthermore the name Terengganu was mentioned as Teng-Ya-Nu by a Chinese scholar, Coo-Cu-Fei in his book Ling Wai Fai Ta in 1178AD. Another Chinese historian, Cao – Ju- Kua did not miss Teng – ya – nung when he authored Cu Fan Cih in 1226AD.

Teng-ya-nung was under the rule of Sri Vijaya Kingdom. Ptolemy corroborated that the East coast region of the Golden Chersonese (Peninsula Malaysia) had Kole and Primula. Both believed to be ports of call for costal traders. Kole was said to be in Kemaman while Primula was believed to be in Kuala Terengganu. The Inscribed Stone (Batu Bersurat) found by Sayed Hussein Ghulam Al-Bukhari in 1902 at Kuala Berang bore the world Terenkanu inscribed in jawi, and Arabic Romanized version. The stone tablet also bore a date in Hijrah calendar which was equivalent t 1303 A.D. The archeological finds a Bewah and Taat caves in Hulu Terengganu were carbon dated to be from the Hoabin hian era circa 14,000 – 10,000 years ago. Terengganu was inhabited well before the turn of the first millennium.

Terengganu is truly a lessed state. It is in the early 1970’s that tourists start arriving. Unspoilt beaches, the wonders of watching giant leatherback turtles, the crystal clear azure waters, the splendours of marine lives and the untouched tropical rainforests are totally and experience to cherish. Even the uniqueness of its traditional foods are distinctively sought after and remains a part of Terengganu’s identity. Such as the ‘keropok lekor’ and ‘nasi dagang’ which truly shows originality and so famous that it is regarded as the trademark of Terengganu.

With the present government gearing ahead to create an impressive state to visit, an immense opportunity waits for investors, but can this be supported with such a human rights record?

Terengganu is mobilizing it’s full force in developing modern infrastructures. All the required potentials, endless opportunities and fascination can only be found here in Terengganu