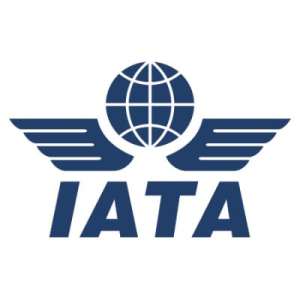 The call for Governments to take attention to the aviation world  came in the IATA Director General’s Report on the Air Transport Industry at the 74th IATA Annual General Meeting (AGM) and World Air Transport Summit.

The International Air Transport Association (IATA) called for governments to facilitate the growth of global connectivity by avoiding creeping re-regulation, maintaining the integrity of global standards, and addressing a capacity crisis.

“On aviation’s core mission to deliver safe, secure, accessible and sustainable connectivity, the state of our industry is strong and getting stronger. And with “normal” levels of profitability, we are spreading aviation’s benefits even more widely. But there are challenges. Smarter regulation needs to counter the trend of creeping re-regulation. Global standards must be maintained by the states that agreed with them. And we need to find efficient solutions to the looming capacity crisis,” said Alexandre de Juniac, IATA’s Director General and CEO.

The deregulation of the air transport industry that began in 1978 in the US ignited global changes that enabled the spread of air transport’s benefits. The competition saw the price of air connectivity fall making air transport much more accessible. In 1978 the average person flew once every 6.6 years. Today the average is closer to once in two years.

A creeping trend of re-regulation, however, puts the gains of deregulation at risk. Citing regulatory actions from around the world, de Juniac noted that regulatory over-reach now includes attempts to prescriptively regulate passenger compensation, seat assignments, the ticket options that can be offered to consumers and prices charged for various ancillary services.

“Regulations must add value. In assessing that, regulators must recognize the power of competition and social media to safeguard consumer interests. Governments should not distort market effectiveness with regulations that second-guess what consumers really want,” said de Juniac.

This is the spirit of IATA’s “smarter regulation” campaign which asks governments to align with global standards, take into account industry input and analyze the costs of regulation against the benefits. De Juniac noted that one of the most exciting current regulatory developments is the sweeping review of US commercial regulations with the aim of keeping only those where the benefits outweigh the costs to both travelers and the industry.

“We are in a capacity crisis. And we don’t see the required airport infrastructure investment to solve it. Governments struggle to build quickly. But with cash-strapped finances, many are looking to the private sector for solutions. We need more airport capacity. But be cautious. Expecting privatization to be the magic solution is a wrong assumption,” said de Juniac.

The privatization of airport infrastructure has not lived up to airline expectations. “As customers of many airports in private hands, airlines have far too many bitter experiences. Travelers also sense the problem. According to Skytrax, five of the top six traveler-preferred airports are public. Motivated by our members’ frustration, we did our own performance benchmarking. Privatized airports are definitely more expensive. But there is little difference in efficiency or investment levels compared to airports in public hands,” said de Juniac.

The results of airport privatizations run counter to the results of airline privatization which saw the cost of travel drop dramatically. Airlines do not accept that privatizing airports must lead to higher costs. And neither should consumers or voters. How can making the transport infrastructure more expensive—which means less competitive—be a legitimate public policy objective?” said de Juniac.

While IATA research did not reveal a one-size-fits-all solution to ensure sufficient, fit-for-purpose and affordable airport infrastructure, it did point towards positive experiences for consumers and airlines with variations of corporatization.

The 74th IATA AGM will consider a resolution on the privatization of airport infrastructure calling on governments to: