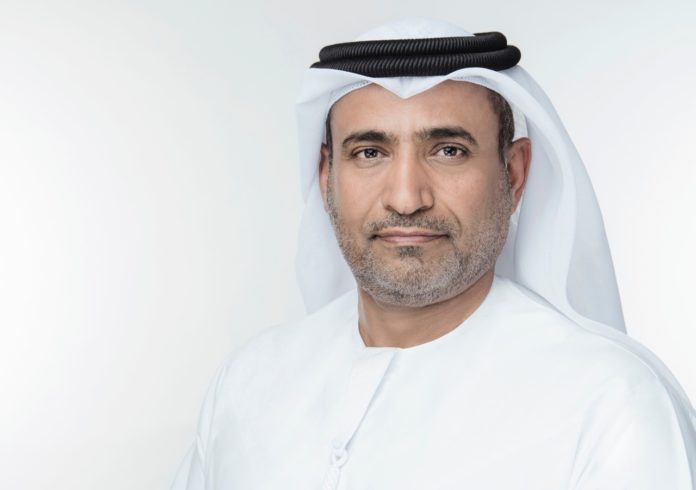 The first edition of the Global Investment in Aviation Summit (GIAS 2019) will kick off in Dubai with the participation of the largest ever gathering of aviation ministers and heads of civil aviation authorities from around the world.

His highness Engineer Sultan bin Saeed Al Mansori the minister of Economy and head of Board of Directors of UAE- GCAA stated “The summit coincides with the remarkable achievement of increasing the number of passengers through Dubai international airport to reach over one billion, as it was stated by His Highness Sheikh Mohamed bin Rashid Al Maktoum, vice president of the state, Prime Minister and ruler of Dubai who expressed his delight over holding the event in Dubai to exchange experiences and information between international experts in aviation sector, as well as holding partnerships that would support investment in aviation. The Global Investment Aviation Summit in Dubai highlights UAE’s leading regional role in aviation sector which is a key pillar in enriching the national economy”.

The Minister of Economy and Chairman of the Board of Directors of GCAA confirmed that UAE concerns much with aviation field in terms of using the latest developments in modern technologies and specialized studies and the holding of many specialized events and active participation in local and international conferences, hoping to conclude agreements and deals that would increase the investment opportunities in aviation, stressing that the summit contributes to the promotion of the state’s efforts to attract investments in the aviation sector, to lineup with the state’s strategic position.

HE Saif Mohammed Al Suwaidi, Director General of GCAA, said: “The participation of aviation ministers and heads of air transport agencies and airline companies, as well as industry leaders and businessmen from all around the world, is a testament of the importance of GIAS. It also emphasizes the prestigious stature occupied by the UAE in the aviation industry, which is a key driver of economic growth in the country.”

He added: “The UAE’s aviation and air transport sector has made unique jumps during the past few years, where the state managed to reach milestones on a par with the leading countries in this sector, whether in terms of the number of flights taking off or landing every day at Emirati airports or the number of passengers.”

Highlighting the importance of the aviation sector, Al Suwaidi said: “The aviation sector has contributed significantly to cementing the UAE’s position as one of the leading countries that provide the highest quality air transport services, by harnessing the latest technologies and smart services in the aviation industry.”

The engagement of aviation ministers along with key industry leaders confirms the importance of GIAS, given the prestigious status occupied by the UAE in the airline industry regionally and globally.

The UAE is also ranked among top countries in the ease of doing business, in addition to its accumulated expertise in increasing the capacity of its international airports that achieved phenomenal growth rates in passenger traffic. All this has coupled with a massive expansion in its infrastructure and the fleets of its national carriers, use of the latest technological equipment and provision of quality of services, among others.

The UAE is one of the leading countries in the world’s aviation and air transport sector, where aviation is one of the most prominent sectors that contribute to creating a sustainable economy, which ultimately leads to the country’s overall future sustainable development. The country seeks to become first globally in the airline service quality index after it achieved a unique shift in the size of its air transport infrastructure projects over the past few years.

The UAE focuses on the aviation sector, which contributes 15 per cent to the country’s GDP, and is expected to reach 20 per cent over the next few years. The national carriers are continuing their expansion in various foreign markets, thereby reinforcing the UAE’s position in the global air travel industry. Dubai has increased the capacity of its airports, in terms of the number of passengers and flights taking off and landing, in addition to its ongoing expansion plans to reach new destinations across the world.

GIAS 2019 will offer an ideal platform for ministers of aviation, airline companies and professionals in the air transport sector to keep them up-to-date with the latest developments on the airline industry, and allow them to gain insights into investment opportunities available in local, regional and global aviation markets

GCAA is the federal authority that manages and regulates the UAE’s airspace and the aviation sector in order to serve the public in a dynamic and thriving aviation environment.

eTurboNews is a proud media partner of this important event.